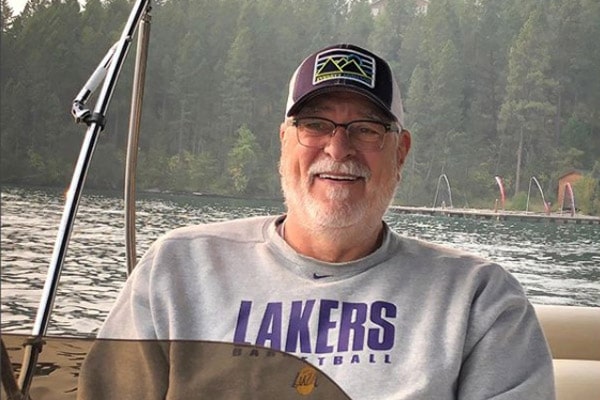 Phil Jackson is one of the most prominent coaches in the history of the NBA. Jackson is a former American professional basketball player and the author of numerous candid books about his teams. As a basketball coach, he is famous for his use of Tex Winter’s Triangle offense and a holistic viewpoint to coaching influenced by Eastern philosophy. Nicknamed ‘Zen Master,’ Jackson is the winner of eleven NBA titles as a coach.

Talking about the personal life of one of the greatest coaches in NBA history, Phil Jackson married and divorced twice and called-off one engagement. Today, in this article, we will be divulging into Phil Jackson’s first marriage with Maxine Jackson. So, without any delay, indulge yourself in some details focusing on Phil Jackson’s ex-wife, Maxine Jackson, below.

Married To Phil Jackson In 1967

The former power forward Phil Jackson took the wedding vows with his long-time girlfriend, Maxine Jackson, in 1967. When the former Jackson couple tied their marital knot, Phil was still playing basketball as a rookie on the New York Knicks. Or, we say, he was just at the beginning of his basketball career.

Jackson met his first spouse, Maxine, at the beginning of his junior year in college. Maxine’s beauty caught Jackson’s eye in a campus academic building. He requested her out and took her to watch the movie Carousel. Author Roland Lazenby mentioned in his book Mindgame: Phil Jackson’s Long Strange Journey that Jackson was already dating another girl at that time. However, he decided to add a second romance to his schedule. Eventually, Jackson separated from his former girlfriend, and his romance with Maxine blossomed between the fall of 1965 and spring of 1967.

Jackson and Maxine particularly enjoyed the Spring of 1967, but by late summer, Maxine got pregnant. So, the two lovebirds, Phil and Maxine, married just ten days slightly earlier than Phil’s twenty-second birthday. However, due to various unrevealed reasons, they ended their marriage nearly after five years in 1972.

As mentioned earlier, Phil Jackson’s ex-wife, Maxine Jackson, was pregnant before their marriage in the summer of 1967. They gave birth to their first kid together after their nuptial vows, a daughter named Elizabeth Jackson in 1968.

Although Maxine and Phil ended their marital relationship, they remained friends to raise their only kid together, Elizabeth. Growing up, their daughter attended Trinity University and earned a BA degree from there. Later, she achieved a MA in International Affairs and MEd. in Secondary Education from The George Washington University.

Phil Jackson’s daughter with Maxine, Elizabeth Jackson, is currently a public high school teacher in Northern Virginia. Before this, she worked in international relations and financial services in Washington, DC, and Newark, New Jersey. As an educator, the oldest Jackson sibling, Elizabeth underpins, strengthens capacities for youths and children in need at their family foundation, PD Jackson Family Foundation.

Besides being a mother of Elizabeth Jackson, Maxine is the step-mother to Phil Jackson’s children from his second marriage with June Jackson. They are Chelsea Jackson, Charlie Jackson, Brooke Jackson, and Ben Jackson. Though Maxine never shows up to the public, she probably might have a great bond with all of her step-children.

It seems the estranged wife of Phil Jackson, Maxine Jackson, disappeared out of the limelight after her divorce with Phil. There are no updates about Maxine, including her profession, residence, and if she remarried or not after her separation with her former husband.

However, after a divorce with Maxine, Phil did not stay single for long. He married June Jackson in 1974. With June, Phil stayed together for over two decades and ultimately separated officially in 2000. Then, he dated and got engaged with the president of the Los Angeles Lakers, Jeanie Buss. But, Phil Jackson’s relationship with Buss also did not last long. They quit their engagement in 2013.

For now, Phil Jackson’s ex-wife, Maxine Jackson, is living a healthy life away from the reach of unnecessary media dramas. We hope for her appearance in public soon so that we can learn more about her present life.