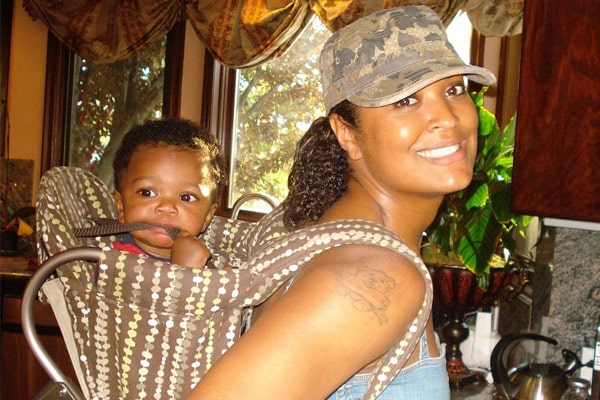 Laila Ali is a prominent figure in the history of Women’s Boxing Champions. Laila is one of the most successful women in the history of women’s boxing. After being retired from boxing, she has not stopped being energetic and live a healthy lifestyle. Currently, Ali is a fitness & wellness advocate, TV host, and a home chef.

As much as we know, you all are familiar with the four-time undefeated boxing champion Laila’s professional life. So, indulge yourself in the personal profile of this enthusiastic woman. Gather all the information that we have assembled today on Laila Ali’s son, Curtis Muhammad Conway Jr.

First Child of Laila And Curtis Together

The previous president of the Women’s Sports Foundation, Laila and her husband Curtis Conway, welcomed their first child together, Curtis Jr. on 26 August 2008. The Little version of Curtis, Curtis Jr., weighed 6.8 lbs and measured 19 inches long at the time of his birth. After two years, his sister Sydney J. Conway arrived in the Conway family, making him a blessed elder brother.

Laila Ali’s son Curtis appears just like his grandpa, the late global icon, and a humanitarian Muhammad Ali. Laila had decided his name Curtis Mohammad before his birth, as she thinks he will be an athlete like her dad, Muhammad, for sure.

For now, Laila Ali’s son, Curtis Jr. is just eleven years old. So, we need to have some years of patience to know what career he really will choose.

Has Three Half-Siblings From His Dad’s Past Relationship

Curtis Jr.’s momma did not have any kids from her previous marriage with Johnny McClain. On the contrary, his papa Curtis is a father to three whom he had with his ex-partner. He has twin Sons Kelton Conway and Cameron Conway. The third one is a daughter, Leilani Conway.

All the three half-siblings of Curtis Jr. are in athletics. Curtis Jr.’s half-brother was a football player during his high school days at Los Angeles Pierce College. Furthermore, Kelton, Curtis Jr.’s other half-brother, is flourishing his career as a basketball player. Moreover, his half-sister Leilani was also a student-athlete in Chandler High School. Also, she does modeling for Aradi Boutique.

The pleased mother of Curtis Jr. spent some time in jail when she was fifteen. She hung out with shoplifter girls and decided to do it herself. She did that thinking a lot of people do that without getting caught, but sadly she happened to be arrested.

Smart Curtis Jr.’s mother, Laila, positively used her experience of jail. She wrote the book ‘Reach! Finding Strength, Spirit, and Personal Power’ to motivate young people. Laila mentioned her time in prison, where she underwent physical abuse in that book. Also, she revealed the isolation she felt at times because of her parents’ fame in the book.

The happy parents of Curtis Jr., Laila, and Curtis tied their marital knot in July 2007, four months after Laila retired from boxing. They were engaged on Thanksgiving Day of the previous year. All the family members and close ones of the bride and the groom were present while they took the wedding vows. Guests included Curtis’ three children from the previous affair, Laila’s sister Hana Ali, dad Muhammad Ali, and mom, Veronica Porsche Anderson.

While Laila was walking down the aisle, Laila’s step-daughter Leilani served as flower girl and ring bearer. Rev. Michael Beckwith of the Agape International Spiritual Center officiated their marriage ceremony.

The not so grand wedding ceremony of Curtis Jr.’s parents fueled up when Laila sang Oleta Adams’ ‘Never Knew Love’ for her husband, Curtis. Everybody had a good time celebrating Curtis Jr.’s mom and dad’s love.

The English name Curtis is of Anglo-Norman origin. It means ‘polite’ or ‘well-bred.’