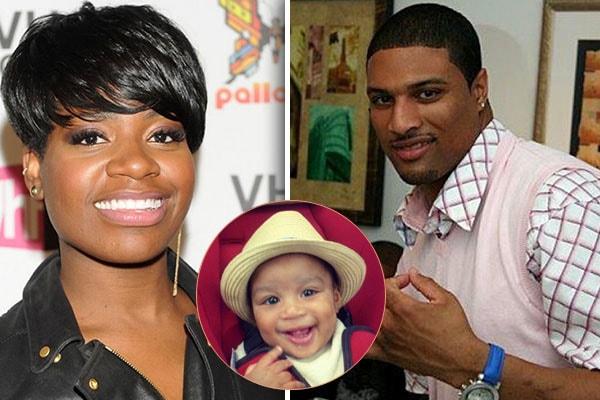 Fantasia Barrino‘s son Dallas Xavier Barrino was born on the 13th of December, 2011. During the time of the birth, the little Dallas weighed in at 7 pounds and 9 ounces and measured 21 inches long. He was born in North Carolina. Dallas was the baby from the affair between Fantasia and her ex-partner Antwaun Cook.

Dallas Xavier Barrino is not the only child of Fantasia. The singer Fantasia Barrino is a mother of two lovely children. Apart from son Dallas, she has a beautiful daughter named Zion Quari Barrino, whom she had with her ex-boyfriend Brandel Shouse. At the moment, Fantasia is enjoying her married life with her husband, Kendall Taylor.

It looks like the son of the third season American Idol winner, Dallas has inherited some great singing genes from his mother Fantasia. Fantasia Barrino’s ex-partner Antwaun uploaded a video on his YouTube channel, showing the little Dallas holding a tune with his mother. In the video Fantasia Barrino’s son, Dallas Xavier repeats the song after her and looks like he has got some singing skills.

If Dallas Xavier were to continue his singing and with proper guidance from his mother, it wouldn’t be a surprise to see him release his debut music in the next couple of years.

Like many other celebrity parents, Fantasia also tends to keep her children away from the media limelight. But she frequently posts photos and videos of her son on her Instagram account.

And looking at the photos, you can see how she loves enjoying time with her little man. Unfortunately, Fantasia Barrino’s son, Dallas, caught the Flu in Feb 2020. She also posted a photo of him laying of a chair with his had folded behind his head with the caption, “Getting Better #Flu. My Little King Dallas.”

Well, he recovered fully from the Flu and is very healthy. So, in all, Fantasia Barrino is most probably taking the responsibility to take care of her son.

On the other hand, Fantasia’s ex-partner, Antwaun’s social media, is filled with his son’s photos. But he has set his Instagram account in a private mode at the moment. Plus, he also loves uploading videos of his son enjoying on his YouTube channel ‘Antwaun Cook.‘

Amidst all of this, it looks like Fantasia Barrino’s son spends time with both of his parents. He sure does have a close relationship with his dad as well as his mom. He is very fortunate to have such wonderful parents. We can say that he will soon grow into a handsome young man who’s going to steal the hearts of many.

The name Dallas has got many origins. In Gaelic, Dallas means ‘wise,’ and in Celtic, it means ‘dwells by the waterfall.’ As for the name Xavier, it is derived from Etxberria, which means “the new house.”