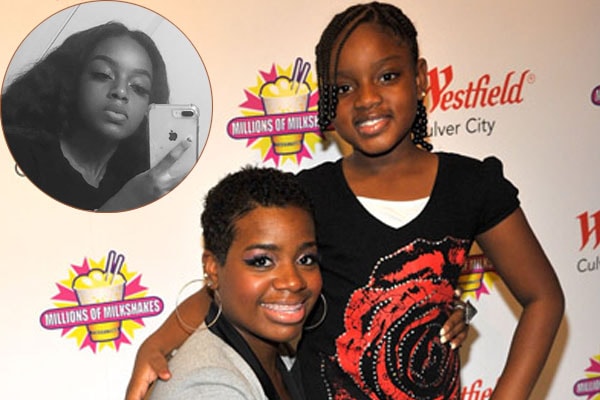 Fantasia Barrino’s daughter Zion Quari Barrino was born on the 8th of August, 2001. She had Zion with her ex-partner, Brandel Shouse. Zion is not the small daughter of Fantasia that we used to know; she is now all grown up.

Fantasia Barrino is a mother of two. So, the 19-year-old Zion has a half-brother named Dallas Xavier Barrino. Fantasia had Dallas from her affair with ex-partner Antwaun Cook. For the time being, Zion’s mother, Fantasia, is enjoying her married life with her husband, Kendall Taylor. Now, let’s get straight down and know more about the gorgeous Zion Quari.

Well, Zion Quari has already celebrated her 17th birthday. Fantasia took on her social media handle to wish her daughter Zion a very happy birthday. She stated how Zion was a game-changer and how, after she was born, her life had changed. She also graduated in 2019 and made her parents very proud of her.

The pretty Zion made her Instagram account in 2017. Being the daughter of a celebrity, Zion has already amassed over 118K followers on Instagram, as of June 2020. Glancing at her Instagram, she seems to love posting mirror selfies and has uploaded over 60 photos as well.

People often say that Zion resembles her mother a lot. She just looks like a replica of her mother when Fantasia was of her age. To top it all, Zion Quari portrayed her mother in Fantasia’s 2017’s ‘When I Met You‘ music video. Fantasia Barrino’s daughter Zion portrayed a significant role. Well, if Zion wants to do something in the field of music, then her mother would have plenty of connections, which would help her a lot.

Zion has been flaunting her beautiful long hair amid the quarantine. She also had a full face of make-up for her impromptu home photoshoot. Having said that, it looks like she is ready to step into the entertainment industry.

Fantasia Used To Steal For Her Daughter Before She Was Famous

The ‘American Idol’ winner, Fantasia, shared how she used to steal a couple of educational toys for Zion during Christmas. She single-handedly took care of Zion. About that time of life, Fantasia stated,

“I’ll be honest: Those checks just weren’t enough, and I had to steal what I needed: diapers, milk, food.”

She wanted her daughter to be different, so she taught her everything she could. From the struggles to now, a splendid life, Zion’s mom changed her life entirely.

In 2014, Fantasia Barrino’s ex-partner Brandel Shouse filed a lawsuit against Fantasia for the custody of Zion. Along with that, Brandel even demanded child support for the first time since the child was born. He had claimed that he was a better parent than Barrino. So, he gunned for physical and legal custody.

Fantasia and her baby father, Brandel, were high school sweethearts in the past. However, both of them split in 2003 after the relationship between them turned abusive.

The name Zion is a biblical term that means “the promised land.” And as for the name Quari, it has an Arabic origin, which means “charming and a gift of God.”