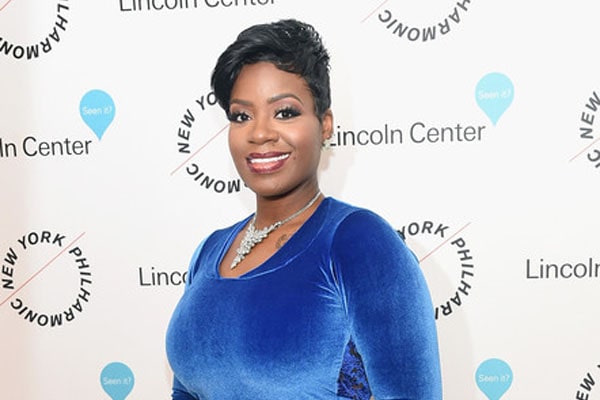 The American singer-songwriter, Fantasia Barrino’s ex-boyfriend Brandel Shouse is the father of her first child, Zion Quari Barrino, and she is a beautiful grown-up seventeen years old teen now. Brandel and Fantasia have known each other since they were in high school. That’s how they met and started dating.

Brandel has a low profile compared to Fantasia, who has subsequently made her fame in music. There is less trace of Brandel, but as far as we know, the couple dated from 1998 to 2003. The couple had their first daughter on August 8, 2001, when Fantasia was seventeen years old. As of now, Fantasia has been married to Kendell Taylor since 2015 and also has an 8-year-old son, Dallas Xavier Barrino.

Brandel Shouse has a normal public figure who doesn’t get much involved in media gossip. He ended up his relationship with Fantasia before she reached fame level as an American Idol Winner in 2004. There are no details about their relationship, but their failed relationship may have something to do with her career.

But some sources revealed that they parted ways due to domestic abuse. Was Fantasia mistreated badly by Brandel? Back in 2003, Brandel tried to prove himself not guilty of physically abusing Fantasia. We are eager to hear from Fantasia herself.

Though Brandel has nothing to do with Fantasia’s fame and popularity, he doesn’t escape from the discussion when it comes to Fantasia’s past relationship. Since she is a star singer, there is no doubt people could stop looking at her previous relationship.

Brandel Shouse Filed The Custody For His Daughter

Back in 2014, Brandel Shouse had reportedly filed a lawsuit against Fantasia for his daughter in Mecklenburg, North Carolina. He claimed that as a mother, Fantasia had been an unfit mother to the teen. It’s been over 16 years since the couple moved apart, and Brandel shared during the news of custody that he couldn’t have his daughter for more than 13 years.

Child Custody is always complicated. However, it was decided that the couple would wait for Zion’s interest. There is no proper record of what outcome they faced, but it looks like Brandel’s daughter Zion seems to like spending time with her mother. During Fantasia’s concert, Zion danced with her mother on the stage.

Brandel’s daughter, Zion, has completely transformed her looks, which have caught the media attention lately. She has shared the video on YouTube, where she comes live with Q&A.

Fantasia And Brandel Together With Their Daughter On Her Graduation

Proud Parents @onlyzion_ I’m So Very Proud Of you.

The talented singer and American Idol winner posted a few photos of her daughter smiling as she posed with her dad and mom. Having seen that, it looks like Fantasia and Brandel are on good terms and are probably good friends at the moment.

Plus, Zion seems to have a great relationship with both of her parents. They equally support her in every stage of her life. She is very lucky to have such loving and caring parents indeed.