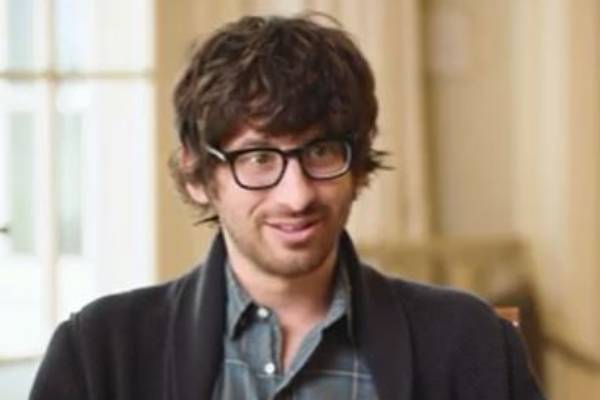 Mark Attanasio is a businessman who is best known as the principal owner of the MLB team, Milwaukee Brewers. Due to his successful career, the Attanasio family has been in the limelight for years, and many are eager to know about them.

Among the Attanasio family members, Milwaukee Brewers‘ principal owner’s kids have been the talk of the town for years. And if you are one of the people who want to know more about them, you have come to the right place. So, let’s learn in detail about Mark Attanasio’s son, Dan Attanasio.

Eldest Child Of Mark Attanasio And His Wife

Dan is the son of Mark Attanasio and his wife, Debbie Kaplan aka Deborah Attanasio. He is the oldest among two Attanasio siblings. Dan, aka Daniel Attanasio‘s younger brother, Mike Attanasio, was born a few years later.

Despite being born to a well-known family, Dan Attanasio’s parents managed to keep him and his brother away from the spotlight for years. Therefore, not much is known about what the siblings’ childhood looked like.

Comes From A Famous Family

The Attanasio family is not new to the baseball world, and fans have been familiar with them for years. However, baseball is not the only field that they are known for. Dan Attanasio’s grandfather, Joe Attanasio, was an actor. He had starred in films like Disclosure, Sleepers, and Quiz Show, among others.

While Dan’s dad chose to pursue a career in business, one of his uncles followed in Joe’s footsteps. Paul Attanasio is a screenwriter and producer who has been nominated for Oscar twice. Furthermore, Dan Attanasio’s cousins are also involved in the filmmaking business.

Besides movies, Attanasio’s grandfather was also interested in music. He sang the national anthem before Milwaukee Brewers‘ home opener games. And after his death in 2015, Mark Attanasio’s sons, Dan and Mike Attanasio, continued the legacy.

Aforementioned, Dan and his brother Mike continued their granddad’s tradition of performing the national anthem during Brewers’ opening home games. But this was not the first time Mark Attanasio’s eldest son, Mike, performed in front of the crowd.

Daniel Attanasio inherited his grandfather’s music skills, and he was part of a California-based band, Pan Am. While he has shown off his singing skills on multiple occasions, Attanasio was the group’s bassist. Steven Lundy was the lead singer, while Gary Lundy rounded up the band.

With the Pan Am, Dan performed at establishments like Troubadour, Whiskey a Go-Go, and Roxy in LA. They also put on a show at New York’s Knitting Factory. Moreover, the band also played a couple of sets at Summerfest.

After performing around the country as Pan Am, the band changed its name to The Good Rebels. After the transition, they released their EP, Ladies and Gentlemen…Meet the Good Rebels, which was available on iTunes.

As per BMI’s Indie Spotlight, The Good Rebels were working on their debut studio album, slated for release in 2012. However, a look through the SoundCloud page shows that they only released another EP titled The Good Rebels.

Moreover, since 2013, the band’s Facebook page has also been dormant. Therefore, it seems like the band could have been disbanded. Furthemore, Dan’s personal page has not been updated since 2016 so, there has been no news about his music career in recent days.

Is Dan Attanasio In A Relationship?

Like his career, not many details about Mark Attanasio’s son’s life have been revealed to date. We do know that he comes from a famous family. However, information regarding Dan’s love life is a mystery to many.

Going through his dormant Facebook page, we can see that he once posted a picture with a beautiful woman. The pair looked intimate, but the former Pan Am bassist refrained from sharing the name of the lady.

But many suspects that the woman in the photo was and probably is Dan Attanasio’s girlfriend. Moreover, Dan’s dad, Mark’s bio on the MLB page, states that he has two grandchildren. So the two youngest Attanasio family members are either Dan or Mike’s children.

Will Dan Inherit The Milwaukee Brewers?

Aforementioned, Mark Attanasio’s son was a musician for a few years before his band became inactive. Therefore, many thought that Dan Attanasio might have joined the family business to inherit it after his father retires.

However, in 2015, Mark revealed that both of his kids, Mike and Dan, were working in the movie production business in LA. And while the father and sons had talked about the ownership of the Milwaukee Brewers, it seems like Dan is still not ready to enter the franchise.

On the other hand, Attanasio’s brother, Mike, has already stepped into the baseball world. He joined the Brewers in 2017 as a director of business strategy. Mike has continued to work for the organization and might even inherit it in the coming days.

Not a pro athlete but sure can crack a joke pic.twitter.com/hEHuTUmpGy

As for Attanasio, he seems to be okay with staying behind the scenes and continuing his own work. We might have to wait for quite a while to see if he will follow in his dad’s footsteps.

Nevertheless, we hope Dan Attanasio will open up about his life soon, and we will get to know more about him in the coming days.

Daniel is a biblical name of Hebrew origin. It reportedly means “God is my judge.”