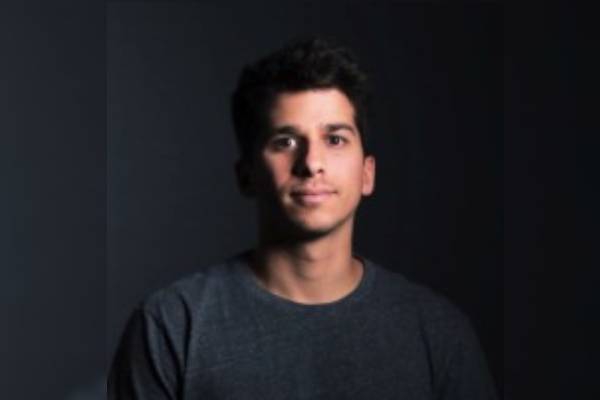 Mike Attanasio is a well-known name in the business world. However, to this day, he is recognized as the son of multi-millionaire Mark Attanasio. Mark is the principal owner of the MLB team Milwaukee Brewers and also a highly successful businessman.

Due to Mark’s remarkable success in the business world, many are eager to know more about the Attanasio family. So today, let’s get to know one of Mark Attanasio’s sons, Mike Attanasio.

Mike Attanasio is the youngest kid of the Brewers owner and his wife Deborah Attanasio, aka Deborah Kaplan. He has an older brother named Dan Attanasio, who was once part of the rock band Pan Am.

The Attanasio siblings share a close bond and grew up in a comfortable and loving environment. Plus, both are still close with their father and are involved in the family business.

While Mark has made a name for himself in the business world, the Attanasio family has been in the limelight long before him. His father and Mike Attanasio’s grandfather, Joe Attanasio, was an actor. He starred in several movies like Sleepers, Quiz Show, Disclosure, etc.

Here is the video of Mike and his brother Dan singing the National Anthem:

Looking at the performance, it is clear that Mike Attanasio is also gifted with a beautiful voice. However, unlike his older brother, Mike did not pursue a career in music. Instead, he focussed on sports and followed in the footsteps of his father.

Mark Attanasio’s Son Is An Emerging Name In Busines World

Aforementioned, Mike Attanasio comes from a famous family and has kept up with the family name. He attended Harvard-Westlake High School and later, Massachusetts Institute of Technology. Attanasio played basketball in both high school and university and might have even played professionally.

However, while studying management science at MIT, he interned at various companies, which helped him pursue a career in business. Some of the organizations are Creative Artists Agency Sports, Idealab, Prizeo, and Represent.com.

After graduation, Mark Attanasio’s son joined Legendary Entertainment as an analyst and worked there till May 2016. He also became the founding partner in Q Venture Partners in 2015 and has continued to serve in the company.

Moreover, Mark Attanasio’s youngest child, Mike is the co-founder of California Strong, an organization that provides financial and beneficial aid to groups and individuals affected by natural disasters or other calamities in California. He now works for Westbrook Inc as a data strategy and analytics consultant.

Having followed in his father’s footsteps into the business world, Mike is now a big name himself. Furthermore, with such extensive experiences under his belt, there is no doubt that Mike Attanasio has earned quite a fortune to his name.

Baseball is one of the most-viewed sports in the States, and the owner of the MLB teams have benefitted massively from its popularity. But the financial gain is not the only reason baseball team owners hesitate to welcome any outsiders to the family.

Most of the baseball team is owned and controlled by a family. And the ownership is passed down to future generations rather than selling it to other interested parties. Milwaukee Brewers is also counted among the family-owned baseball teams. While Mark only bought the team in 2004 for $223 million, he has become an integral part of the franchise.

As a result, fans wonder if any of Attanasio’s sons will inherit the team when Mark decides to step down as the principal owner. Well, it seems like Mike Attanasio is already working to take up the mantle as he joined the club in 2017 as a director of business strategy.

Moreover, in an interview with Milwaukee Journal Sentinel, Mark revealed that he and his kids constantly discuss the Brewers’ ownership. While nothing has been set in stone, for now, it is clear that the Attanasio family is eager to keep the franchise under their name for years to come.

Well, we will have to wait and watch if Mark Attanasio’s son, Mike Attanasio, will step up and take over the Milwaukee Brewers. But for now, he is continuing his job as a consultant and furthering his career.

Furthermore, if the youngest Attanasio sibling takes over the team’s ownership, we might be privy to his personal details. He has kept much of his life, including his love life/girlfriend, hidden.

Let’s hope we get to meet Mike Attanasio’s girlfriend/wife soon and learn more about the businessman in the coming days.

The name Mike is the short form of Michael, which itself is derived from “mikha’el,” a Hebrew word. And the word actually means, Who is like God?.