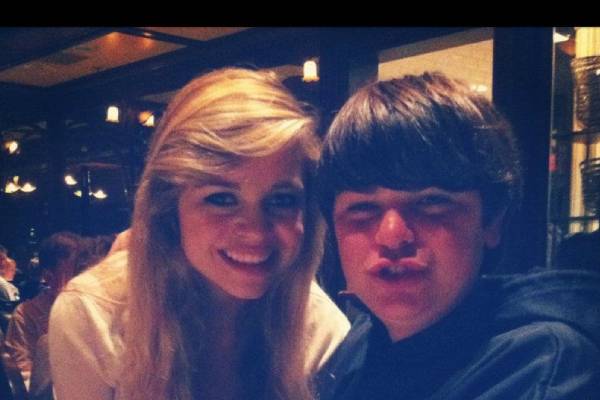 Ken Kendrick is a well-known personality from America. He is the managing general partner and principal owner of the Arizona Diamondbacks and has gained significant fame because of his profession.

Ken shares a blissful marital life with Randy Kendrick. The couple has two kids together, whom they raised with immense love and care. Thus, in this article, let’s learn in detail about Ken Kendrick’s twin children, Catie Kendrick and Cal Kendrick, and see what they are doing these days.

Twins Of Ken and Randy

As mentioned earlier, Ken and Randy have been married for several years now. In all these years of togetherness, the duo welcomed twins, a son, and a daughter. Their daughter is Catie Kendrick, and their son is Cal Kendrick  However, Ken and Randy have not revealed when Cal and Catie were born.

Nevertheless, Ken Kendrick’s twin children, Cal and Catie, seem to have a great time together.

Ken Kendrick’s Daughter Is In A Relationship

According to her Facebook description, Ken Kendrick’s baby girl, Catie, is in a relationship. But, she has not revealed who she is dating.

In 2012, Catie shared a few photos with a guy named Connor James, where they look intimate. The pair might have been dating at the time, but Connor has not been mentioned by Kendrick since.

Moreover, Catie has uploaded several other pictures on her Facebook page. She seems to be interested in traveling to various places. She went to Xavier College Preparatory. Catie has lots of friends with whom she often does several fun activities and uploads numerous photos with them.

Catie Kendrick Is A Teammate Of Campus Eco-Challenge

Ken Kendrick’s daughter, Catie, took part in the sustainability action spring 2018 as a teammate of the Campus EcoChallenge. Her profile has displayed several of her achievements. Furthermore, she has collected up to 1,000 disposable cups. She has also spent 4,140 minutes exercising. In addition, she has also consumed up to 315 meatless or vegan meals.

In the profile, Catie has described herself as the one practicing vegan who wants to spread the word about the positive difference one can make by simply not eating meat. She has developed healthy habits by eating vegan diets, not eating seafood, and several other ways.

Cal Kendrick Is An Entrepreneur

While Catie studied at Xavier College Preparatory, Ken Kendrick’s son, Cal, attended Brophy College Preparatory from 2010 to 2014. After completing his studies there, he attended the University of Arizona, Eller College of Management, in 2014. He graduated with a degree in Bachelor of Business Administration in 2018.

In addition, he did an internship at the United States Senate for one year and two months in two different stints during his preparatory college days. From July 2012 to August 2013, Randy and Ken Kendrick’s baby boy, Cal, did an internship, where he researched statistics and read testimonies about upcoming legislations.

Furthermore, his job was also to write responses to constituents’ questions concerning immigration. Then, he did another internship from July 2013 to August 2013, where his job was to answer constituents’ emails and phone calls.

Cal’s other duty was to conduct Capitol tours and witness live debates and passage of bills on the Senate floor. In addition, he has described himself as a student and entrepreneur on his LinkedIn profile. However, what Kendrick does for a living is unclear.

The Kendrick siblings have stayed away from the limelight for several years. However, seeing their parents’ fame, there is no doubt that they might be living a great life together.

Nevertheless, we hope to learn more about Ken Kendrick’s twin children in the coming days.

The name Catie must have been derived from the English name Katy, which means “Pure.” Similarly, the name Cal has a Hebrew origin, and it means “Devotion.”