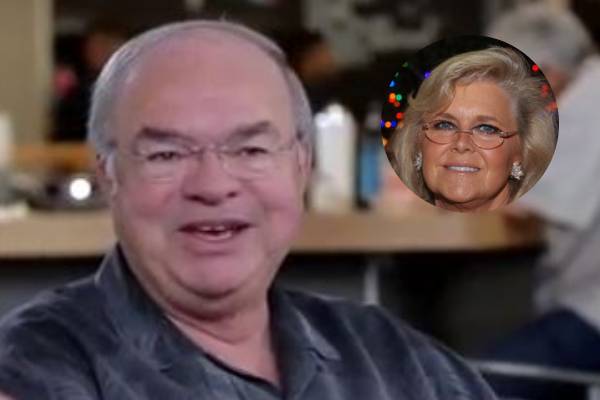 Ken Kendrick is a businessman of American nationality who is in the limelight as the managing general partner and principal owner of Arizona Diamondbacks. He is also the founder of a software development company, Datatel, Inc. He has gained significant fame and success because of his works.

Just like his professional life, Ken’s marital life seems to be a significant success. He shares a blissful married life with conservative political activist Randy Kendrick. So now, how about we learn some interesting facts about Ken Kendrick’s wife, Randy, and their love life.

A Loving Wife And A Doting Mother

As mentioned earlier, Ken Kendrick has been sharing a blissful marital life with Randy Kendrick for several years now. However, it is unclear when the duo tied the knot. Nevertheless, the lovely Randy supports her husband, and the Kendrick couple’s marriage has remained strong over the years.

Randy lives a blissful life in Paradise Valley, Arizona, with her husband and kids.

Ken’s spouse, Randy, attended Auburn University for her undergraduate studies. Upon graduating from there, she attended the Washington College of Law at American University. From there, she graduated with a law degree. She then began her career as a lawyer.

Randy, who is also a former attorney, founded the Virginia Women Attorney’s Association. Furthermore, she serves as a board member of the Independent Women’s Forum and the Goldwater Institute. Thus, even after retiring from practicing law, Kendrick is still involved in various organizations.

Has Made Several Donations

Ken Kendrick’s wife, Randy, is known to be a significant donor in national politics and Arizona as well. At the University of Arizona’s Center for the Philosophy of Freedom, she is a notable donor and has made a contribution of over $2.5 million. Furthermore, she also sponsors an endowed chair at the center.

Moreover, in 2009, Randy worked to oppose healthcare legislation proposed by President Barack Obama, with Center to Protect Patient Rights’ Sean Noble. According to Sean, at a June 2009 Koch donor conference, she delivered a speech that reportedly resulted in spontaneous donations worth more than $13 million.

In March 2016, Ken’s spouse, Randy, helped fund, Our Principles PAC, which tried to portray Donald Trump as too reckless to handle the responsibilities of a president. They used his words and business practices in ads against him. However, at the time, she did not reveal how much she and her husband had donated to the PAC. Furthermore, she also rallied other wealthy donors to fund a last-ditch campaign against GOP presidential front runner Trump.

Not only that, Randy made a donation worth $100,000 to Arizonans for Responsible Drug Policy. It is a ballot measure committee that opposed the 2016 Arizona Marijuana Legalization Initiative. In September 2020, Randy and her husband donated an amount of $2,800 for a congressional candidate to Lauren Boebert‘s campaign.

Randy has gained significant fame through her work. However, she prefers to keep her life away from media scrutiny. Nevertheless, we hope to learn more about Ken Kendrick’s spouse, Randy Kendrick, in the coming days.