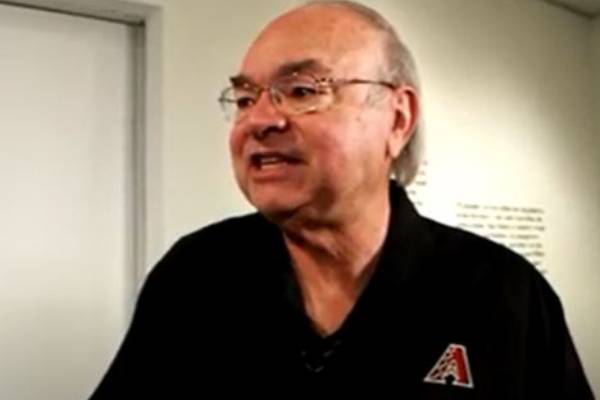 Ken Kendrick is a well-known name in the business world. As the managing general partner and principal owner of the Arizona Diamondbacks. Because of his work, he has established himself as one of the most successful businesspeople in the baseball world.

Ken has not only become famous, but he has also accumulated enormous fortune to his name. With the rise in his fame and popularity, many baseball fans are curious to learn about his earnings and wealth.

So, here, let’s know more about Ken Kendrick’s net worth along with his earning details.

Ken Kendrick Net Worth And Earnings

As the managing general partner and owner of the National league’s Arizona Diamondbacks, one cannot doubt that Kendrick has amassed multi-million dollars worth fortune to his name. As per Audacy, Ken Kendrick’s net worth is estimated to be $600 million. And he still is a couple of million short of becoming a billionaire.

Income As The Owner Of The Club

In 1995, Ken became part-owner with the team’s inception, and since 2004, he has been the managing general partner of the team. His responsibilities are to act as the designated representative of the organizations when the MLB owners convene and oversee day-to-day operations.

Under Ken’s leadership, the team successfully eliminated more than $200 million of debt through debt restructures and equity. As per AzCentral, Arizona Diamondbacks has a value of $1.32 billion, which increased by 2% compared to 2020. In 2020 and 2019, it was the 20th most-valuable franchise in baseball.

In 2004, the same year Ken was appointed as the managing general partner, the team was bought for $238 million. As per the article, the team’s operating income was negative $47 million, and its revenue was $118 million.

As per Celebrity Net Worth, the franchise valuation of Diamondbacks was $1.29 billion in 2020. Thus, as the owner of the club, Ken must have amassed a significant sum of money as salary as well.

Baseball is not the only source of income for Ken Kendrick. He has also been involved in several other business ventures, which have helped him amass quite a considerable sum of money. He is the founder of a software company named Data Technology company which later merged with another company named Datatel in 1979.

Furthermore, he also worked at a Texas banking company as its president. In 1988, Datatel sold to General Motors for $511 million, and since then, Ken has been earning significantly throughout his career. According to Defector.com, he also invested in Woodforest National Bank. The bank has more than $1.7 billion in assets and has helped him increase his fortune.

Looking at his income sources, Ken’s fortune of $600 million seems reasonable. And as he is still very dedicated to his career, one cannot doubt that he will be earning more in the coming days.

Has Been Involved In Several Philanthropic Activities

With such an enormous sum of money, it is no surprise that Ken Kendrick has been involved in several philanthropic activities and has made many donations. In January 2021, Ken and his wife made a contribution worth $2,800 for congressional candidate Lauren Boebert‘s campaign.

Moreover, in June 2016, Ken made a donation worth $500K for flood relief efforts in southern West Virginia. His wife, Randy Kendrick, has also been involved in different philanthropic activities. Therefore, he must have been involved in all the charitable activities with his spouse.

As stated earlier, Ken Kendrick’s net worth is estimated to be $600 million. With a fortune of multi-million dollars, one cannot doubt that he is able to afford a comfortable and lavish lifestyle. He lives comfortably with his wife, Randy Kendrick, and two kids (twins), Cal Kendrick and Catie Kendrick, in Paradise Valley, Arizona.

Moreover, with such massive income, Ken must be paying a significant amount in taxes. Also, he must have a good insurance policy for any type of car that he owns. Nevertheless, we hope that Ken Kendrick’s net worth will increase in the coming days.