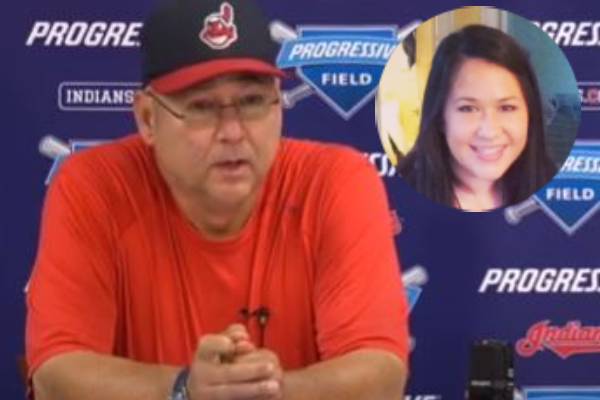 Terry previously shared a marital life with Jacque Lang, and while they were together, they welcomed four beautiful kids, a son, and three daughters. Thus, how about we learn about Terry Francona’s daughter, Alyssa Francona, and what she is doing these days.

Is The First Daughter Of Her Parents

Popular baseball manager Terry Francona was married to Jacque Lang, and they welcomed four kids together. After the birth of their first child, the Indians manager and his wife welcomed their second child, Alyssa Francona, aka Alyssa Leanne Francona, on April 7, 1987. She is also the first daughter of her parents and grew up in Tucson, Arizona.

As mentioned earlier, Alyssa is the second child of her parents. Her elder brother, Nicholas Francona, also known as Nick Francona, had arrived two years earlier than her on July 11, 1985.

Well, Alyssa has a great bond with all her sisters and brother and lives a great life with them.

Terry Francona’s daughter, Alyssa, attended Pennsbury High School in Fairness Hills, Pennsylvania. She played softball and volleyball in high school and was captain of both teams. As the school’s best female athlete, she received the Falcon Award. She also became All-district in both volleyball and softball.

Furthermore, Francona’s little girl was a member of the PIAA state championship softball team in 2005. She was also secretary of the National Honor Society and was rewarded as the US Marine Corps Outstanding Scholar-Athlete. Apart from volleyball and softball, Francona also played basketball for two seasons.

Alyssa graduated from high school in 2005, in the top five percent of her class. Additionally, her dad even mentioned that she was a high school senior catcher who was to be recruited by Harvard and Yale. She had a successful high school.

Because of Terry’s involvement in the sports world, his daughter, Alyssa’s interest in sports might have increased. As mentioned earlier, she also played softball in high school. After completing high school, Alyssa enrolled herself at the University of North Carolina in 2005. During her freshman year, she appeared in 42 games with 30 starts at third base.

Alyssa went on to play many matches that season and gained victory on some of them. Sadly, during her sophomore year, she missed the 2007 season due to an injury. During her junior year, i.e., the 2008 season, Alyssa appeared in 58 games, starting 57 at third base.

The 2009 season was a pretty successful season for her as she did great in several games that she played. Because of her exemplary playing skills, she made a name for herself at the college softball as a third baseman. As a result, she had a successful softball career and has achieved significant success in the game.

As mentioned earlier, in 2005, Terry’s baby girl, Alyssa, enrolled at the University of North Carolina. There she majored in journalism and graduated with BA in journalism. In fall 2008, she made it to the Dean’s list and served on the Student-Athlete Advisory Committee. She also became the Veteran leader in the Carolina Leadership Academy.

After graduating from the university, Alyssa did internships at Boston College Athletics and Atlantic Coast Conference. After that, she worked at several places.

Works At The Boston College

Furthermore, Alyssa worked as an assistant director, stewardship, and donor relations at athletic development at Boston College Athletics. Thus, she might have earned significantly from her job.

Alyssa might be living a great life with her family. Nevertheless, we hope to know more about Terry Francona’s daughter, Alyssa Francona, in the coming days.

The name Alyssa has an Irish origin, and it means Noble.