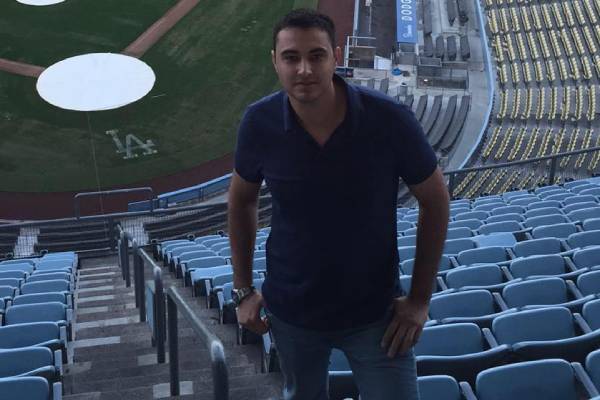 If you are the one that keeps track of the baseball game, then the name Terrence Jon Francona, aka Tito, is a familiar name to you. He is the manager of the Cleveland Indians and had previously managed Boston Red Sox. Furthermore, Francon also played for different teams from the 1980s to the 1990s.

While his professional career is a massive success, Terry’s marriage could not be that successful. He was previously married to Jacque Lang, with whom he shares four kids. In this article, let’s learn in detail about Terry Francona‘s son, Nicholas Francona, and what he is doing these days.

Only Brother Of His Sisters

As mentioned earlier, Terry Francona was married to Jacque Lang. They got married on January 9, 1982, and were together for more than three decades. Moreover, the couple became the doting parents of four kids, three daughters, and a son.

Terry Francona’s son is Nicholas Francona, also known as Nick Francona, and he was born on July 11, 1985. Born three years after his dad and mom’s marriage, Nicholas is the eldest child of his parents.

Then, two years after his birth, Francona’s mother gave birth to his first sister, Alyssa Francona, on April 7, 1987. Then, Nicholas Francona’s parents welcomed his second sister, Leah Francona, on January 27, 1990. He also has a third sister, Jamie Francona, who was born in 1995.

Moreover, Terry’s son is the only brother of his three sisters, and the Francona siblings have a great bond with each other.

Terry has been on the baseball field for several years as a player, a coach, and now a manager. Seeing his dad, Nicholas’s interest in baseball might have increased. He attended Lawrenceville School, and after completing high school studies, Terry Francona’s son, Nick, attended the University of Pennsylvania.

During his high school, Nicholas was a four-year letter winner in baseball. Furthermore, his team became the first team all-state as a sophomore, junior, and senior. He also became the Trenton Times and Newark Star-Ledger Prep Player Of The Year during his junior year. Nick even played for some time in the Cape Cod Baseball League.

Nicholas played baseball as the left-Handed Pitcher at the university and was drafted by the Boston Red Sox in the Spring of 2003. In addition, he made his collegiate debut in one inning of relief against Southern Utah. He seemed to have a promising baseball career. Sadly, he could not play the 2006 season due to injury.

Terry Francona’s Son Was In The US Marine Corps

After Terry Francona’s child, Nicholas, could not play the 2006 season in the college, he looked for other career options. He then joined the Marine Corps Officer Candidate School, from where he graduated in March 2009. Then, he worked as Ground Intelligence Officer and Scout Sniper Platoon Commander.

Nicholas served as a lieutenant in the US Marine Corps, and in 2011, he was stationed in Afghanistan along with his brother-in-law, Michael Rice (husband of Leah Rice). He worked there until July 2012.

Have Had Different Jobs

In 2013, Nicholas’s dad mentioned in an interview that he was in Washington D.C. at that time. But he did not specify what Nick’s job was. After serving in the Marine Corps, Francona worked as a Senior Consultant at Booz Allen Hamilton from July 2012 to May 2013.

According to his LinkedIn, Nicholas is the Co-Founder of Gritter-Francona, Inc., which was business from May 2013 to November 2014.

For two years, he even worked as an Assistant Director of Player Development at Los Angeles Dodgers. Unfortunately, the Dodgers fired him after he had a clash with Gabe Kapler, who was the director of player development at that time.

Terry’s boy, Nick, is also the founder of the Francona Sports Group, which he founded in October 2016. According to his Facebook description, Nick was an assistant director of player development at New York Mets.

After leaving Mets, Nicholas joined Veterati, a digital mentorship platform that supports the community of militants, as a mentor, in February 2018. He is still working at the company and might be earning significantly.

Nicholas Has Been Involved In Multiple Controversies

In March 2021, Nicholas Francona accused his dad, Terry Francona, who, according to him, had covered up wrongdoings by Mickey Callaway, then-Indians pitching coach. Mickey was suspended from his team during the investigation of multiple allegations of sexual harassment during his time with the Indians and Angels and even with New York Mets.

This isn’t easy, but it needs to be said. Here is my statement: https://t.co/g90fYnptH6 pic.twitter.com/hAR8tc02Zz

Nicholas took the issue to Twitter and accused his dad of lying to him before the New York Mets had hired Mickey as a manager and had failed to understand between acceptable behavior and unacceptable behavior. His dad addressed his comments, saying he loves all his kids unconditionally and it’s a tough thing to see, and even to deal with it publicly is hurtful.

Apart from this public incident, Nicholas was also involved in the controversy with New York Mets. He had joined the Mets in November 2017. However, in July 2018, the Mets fired him after criticizing MLB’s non-transparency about the proceeds from military-themes customs worn by the players on Memorial Day.

As per NYPost, the Mets fired him after being challenged with public announcements about the military apparel they sold as MLB-licensed merchandise.

After being let off by the New York Mets, Nick donned the mentor’s hat for Veterati. He might be doing great at his current work despite the controversies. We hope that he gains immense fame and success in the coming days.

The name Nicholas has a Greek origin, and it means Victory Of the People.