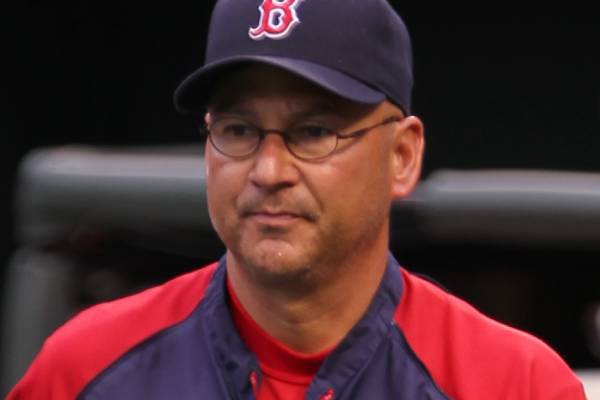 Terry Francona has earned a huge net worth from his baseball career. Image Source: Wikimedia Commons.

Baseball is one of the most-watched and most loved sports in the US. With numerous fans and followers worldwide, baseball has helped several people gain significant fame and immense fortune to their name. Many have established themselves as successful baseball personalities.

Terry has been involved in baseball since the 1980s and is still very active in the sport. So, in these several decades of involvement in baseball, how much has the Guardians manager amassed to his name? In this article, let’s find out in detail about Terry Francona’s net worth and earning details.

Terry Francona Net Worth And Earnings

Terry Francona started playing baseball during his high school days and is still involved in the sport not as a player but as a manager. So, there is no doubt that he must have pocketed a reasonable sum of money. According to The Richest, Terry Francona’s fortune is estimated to be $3 million. Similarly, Celebrity Net Worth reports that he has a fortune worth $5 million.

Whatever may be the amount, Terry seems to have amassed a fortune worth multi-million dollars. So, how did he accumulate such colossal wealth, and what are his earning sources? Let’s find out all about it here.

Income As A Baseball Player

Terry Francona, aka Tito, played college baseball for the Arizona Wildcats baseball team. The Montreal Expos drafted him in the first round of the 1980 amateur draft. On August 19, 1981, Terry made his MLB debut with Montreal.

The following table shows the salary that Terry earned while he played with different teams, as given by The Richest.

Terry Francona seems to have amassed a considerable amount of money from his baseball playing career.

After his playing career ended in 1990, Terry began coaching. He coached different teams in Minor Leagues and Major Leagues. In addition, he worked as a coach for different teams, including the Detroit Tigers, Texas Rangers, and Oakland Rangers.

After the end of the 1996 season, Philadelphia Phillies hired Terry as the manager. He managed the team for four-season, from 1997 to 2000. After getting fired from Phillies in the 2000 campaign, he spent the 2001 season with the Cleveland Indians / Guardians as a special assistant to the team’s general manager.

After working as a bench coast for two one-year teams with the Texas Rangers and Oakland Athletics, Francona was hired by the Boston Red Sox to manage their club in 2004. In 2007, the team paid him $1.65 million. According to Cleveland.com, he was making $4 million annually with Boston.

After managing the Red Sox for eight years, Francona was hired as a manager of the Cleveland Guardians on October 6, 2012. However, it has not been revealed how much Terry earns while serving for the Guardians.

Nonetheless, Terry Francona’s net worth must have been heavily influenced by his earnings as the manager of an MLB team.

Apart from playing and managerial career, Terry Francona has also written a book. He co-authored Francona: The Red Sox Years with Boston Globe writer Dan Shaughnessy in 2013. His book disclosed many exciting nuggets about his relationship with Boston ownership and how his time with Boston ended on a sour note.

The book, whose price is $9.99, became the best seller. As a result, Terry must have earned significantly.

As mentioned earlier, Francona’s fortune is estimated to be a couple of million. And all thanks to his successful baseball career, Terry is able to live a comfortable and luxurious lifestyle.

Terry must have paid a considerable amount in taxes. Moreover, Francona raised his four kids, three daughters, and a son with his ex-wife while also playing baseball professionally. Since he amassed a fortune, the baseballer’s children might have enjoyed a lavish lifestyle.

As stated above, the famous manager of Cleveland Guardians, Terry Francona, is still active in his professional career. Let’s hope he reaches a significant height of success in the coming days, and his wealth increases further.