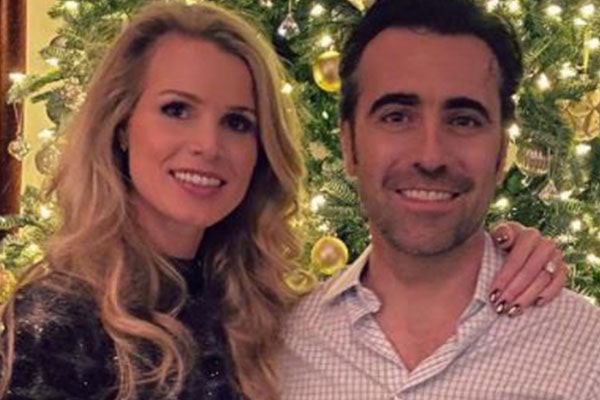 Dario Franchitti, born George Dario Marino Franchitti, is a former racing driver from Scotland. As a race car driver, he is known for being a four-time IndyCar Series champion and a three-time winner of the Indianapolis 500. Dario, who retired as the racing car driver in 2013 due to major injuries sustained from the car collision, is now a motorsport commentator.

Dario has already established himself as one of the greatest racers in history. Apart from being a great professional racer, he is also a family person. Dario shares a blissful marital life with Eleanor Robb and resides at Rednock House in Port of Menteith, Stirlingshire, with his family. The lovely duo is blessed with two daughters, Sofia Franchitti and Valentina Franchitti.

Fans are curious to know about the former racer’s daughters and their whereabouts. So, let’s learn more about them.

Sofia Is Their Eldest Daughter

Aforementioned, Dario Franchitti is happily married to Eleanor Robb, who now goes by Eleanor Franchitti. The lovely duo dated for a while before getting married in early 2015. Following their marriage, they welcomed their first daughter in November 2015 and named her Sofia Franchitti.

Valentina Is Their Second Daughter

Dario Franchitti’s daughter Valentina also has blonde hair, just like her mother and sister. And like their firstborn, Valentina is also cute and beautiful.

While the Franchitti couple are very hands-on parents, their eldest daughter also has a godmother. Dario Franchitti’s daughter, Sophia’s godmother is none other than Ashley Judd, his ex-wife. Dario and Ashley got married in December 2001. They were married to each other for 12 years before divorcing each other in 2013.

In various interviews, Ashley has spoken about their relationship after their divorce and has mentioned that they are on good terms. And being the godmother of her ex-husband’s daughter proves that the former pair have a close bond.

We are all known to the fact that Dario Franchitti is regarded as one of the best racing drivers in the world. Although he has retired from his professional career, he is involved in the racing world as a motorsport commentator. Besides cars, he also loves riding bikes and owns a bike. Just like her dad, Sophia also rides her bike, even at a very young age.

In an Instagram post of Dario Franchitti, he uploaded a video where Sophia could be seen riding a bike neatly without falling. She might become a successful bike racer in the future. However, we still have a long road to know about that, so let’s hope that she becomes successful just like her dad.

Sophia and Valentina are already best friends. They share a beautiful sister bond. Sophia loves her baby sister and Valentina also loves her big sister. Dario and Eleanor often post pictures of their daughters kissing and cuddling each other.

Sophia and Valentina’s parents are raising them with great love and care as seen on the racer and his wife’s social media posts. The family seem to be doing great for themselves.

The name Sophia has Spanish origin, which means Wisdom. Similarly, the name Valentina has a Latin origin which means strength, health.