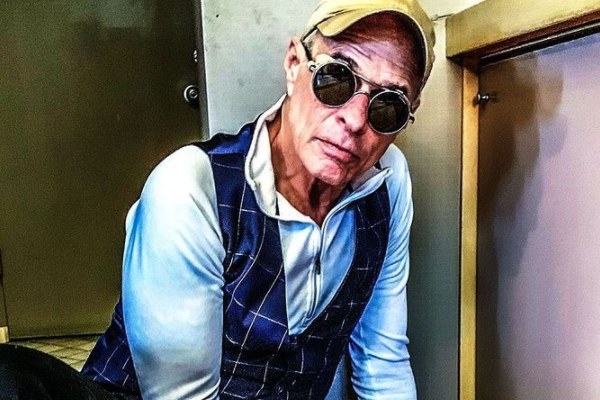 Does David Lee Roth have any children? Image Source: Instagram/davidleeroth.

David Lee Roth is an American musician who is known for his highly energetic stage persona as the lead singer of hard rock band Van Halen. The 66-year-old singer has been consistently making music for many decades now and is not stopping anytime soon. Although David has left and rejoined Van Halen more than a couple of times, the singer was able to get inducted into the Rock and Roll Hall of Fame as a member of Van Halen.

Apart from his illustrious career, David Lee Roth is known for his love life. The singer has not married to date and revealed in an interview that he has been in a loving relationship with four women till now. Although David has not ever mentioned having children, there are plenty of rumors about him having two children. So let’s have a closer look at this claim.

Two people till now have claimed to be the daughter of David Lee Roth. One of them being a woman named Brenna Lee Roth, and the other being an ex-adult star named Avy Lee Roth. Avy claimed that her mother got pregnant with David Lee Roth after one of their concerts in Spain in 1979. But the thing that is wrong with this claim is that the band has never played in Spain to this day. This just removes the possibility of Avy being David Lee Roth’s daughter. As for Brenna, she seems a more plausible one, but she has a different family in Ohio.

David himself claimed that he slept with every pretty girl with two legs during his prolific 20 years with Van Halen, so there are chances of him having children, but the problem here is the ones that are claiming to be his children seem to be doing that just to get some attention. It is improbable that the claimants are David Lee Roth’s daughters, so we have to wait until David himself says something about this matter. David also claimed that he was in serious love with four women until now but he has not revealed their names.

Also Read: Have A Look At Lisa Bloom’s Son With Jim Wong

David Has Never Admitted Or Denied The Possibilities Of Having Children

While the ones who are claiming to be David Lee Roth’s children seem, attention seekers, David has never denied them of being his daughters. In fact, he also interviewed the woman named Brenna back in 2006 when he had his own radio show. David introduced Brenna as “someone who claims to be my daughter, and I won’t deny it.” While it is more than likely David was joking at that moment, he has never actually admitted or denied the possibilities of having children.

David has already had an illustrious life with his musical career, and if he ever felt like he needed to get married and have children, he would have already done so. So, the claims made for David Lee Roth having two children seems false. Let’ hope we hear something from David himself in the coming future.