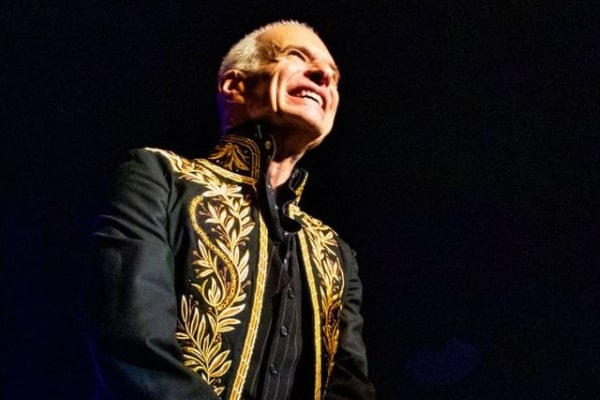 David Lee Roth is a remarkable name in the music industry and is known for his eccentric stage persona and as the lead vocalist for the band Van Halen. His on and off partnership with Van Halen finally ended with the band’s disbandment in 2020, but he has garnered fame as a solo artist and is also involved in other ventures.

As a hard rock artist, we have heard of Roth’s womanizing chronicles plenty of times. But have we ever heard of David Lee Roth’s wife or his girlfriend? On an occasional account, yes, but in an elaborative manner, no. So, let’s talk about Roth’s wife and thoughts on marriage.

In Love With A Japanese Girl

Former Van Halen vocalist David Lee Roth is a very private person and keeps most of his old relationships secret out of respect for his former partners. However, back in 2013, he revealed that he was in love with a Japanese woman.

There you go, David Lee Roth’s girlfriend is Japanese and half his age. Unfortunately, he has kept the identity of his partner a massive secret and refrains from sharing pictures of her on social platforms. He posted a couple of images in 2016, stating that he’s turning into a Japanese native himself. Well, despite their long-term and exceptionally secretive relationship, David Lee Roth remains unmarried.

Before the unnamed Japanese woman, the former Van Halen frontman’s flamboyancy attracted several girls. Among the long list of these women named Kathy, daughter of a billionaire businessman. While their relationship did not last long, Roth’s ex-girlfriend, a French woman, to be precise, apparently taught him to shave legs.

At Age 66, Roth Still Thinks Marriage Is Not For Him

Aforementioned, Roth, even at age 66, remains adamant about not getting married any time soon. During an interview with Van Halen News Desk, he revealed that getting married is not for him and believed that the Roth family always settled down later in life.

Furthermore, David witnessed a pretty bad example of marriage and is still scarred from his past experience. According to Roth, his parents were in a bad marriage. His mother, an art teacher, and father, a serious academic, fought most of the time, and at one point, Roth’s mother told him that he was an accident. Poor David!

Well, David Lee Roth’s parents finally got divorced after he turned 17, and he moved out with his father. Witnessing his parents’ rocky marriage made a terrible impression on the famous singer. So much so that he’s still skeptical about getting married. Well, a feeble attempt of decreasing casualties, eh?

Lines On His Forehead Are Named After His Former Lovers

David Lee Roth had his first kiss at age 13 and lost his virginity to a Tahitian dishwashing girl at age 14. He admitted that while touring with the hard rock band, Van Halen, in the early years, he slept with every pretty girl ‘with two legs in her pants.’

Lee even confessed to having slept with an amputee. But above all, he has named the lines on his forehead after his four great loves. Aforementioned, David takes care of people’s privacy and tries not to blow the whistle. Hence all of his former lovers’ whereabouts are a secret.

Moreover, David admitted that he has never been close to marriage, not even once, and thus, parted ways with lovers. However, he maintains a friendship with all of them even though they moved on and have private lives.

Well, we must appreciate a thoughtful man. Furthermore, we couldn’t find more about David Lee Roth’s previous romantic experiences, but we know that he is a righteous man and most probably in a happy relationship with the Japanese woman. Thus, let’s hope for at least a face reveal until the end.