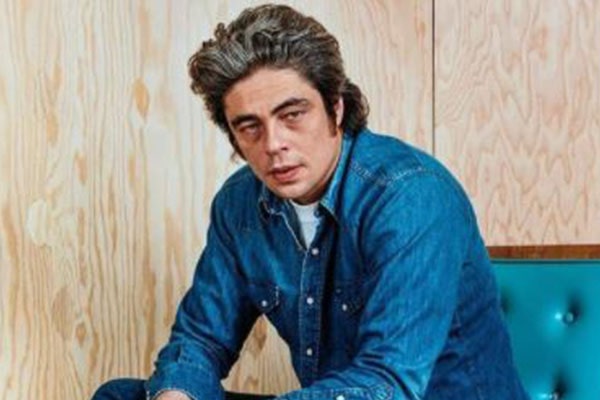 Benicio Monserrate Rafael del Toro Sánchez aka Benicio del Toro, is an actor and producer from Puerto Rico. He has starred in various series and movies that have helped him earn millions and several awards and nominations. Most of Benicio’s performances in numerous films and series have been critically acclaimed, resulting in immense popularity and fan following worldwide.

The popular actor has achieved significant success in his profession. Apart from being a great actor, he is also a great father of a daughter. He has a daughter, named Delilah Genoveva Stewart, with Kimberly Stewart.

Talking about Kimberly Stewart, she is a television personality, model, socialite, and fashion designer from America. Born Alana Kimberly Stewart, she is the daughter of the famous actress and model Alana Stewart and singer Rod Stewart. Kimberly has acted in various movies and series. She has accumulated immense fame and wealth from her modeling profession too.

Is The Only Child

As stated earlier, the popular actor Benicio del Toro has a daughter with Kimberly Stewart. The duo did not get married; however, the former pair were in an on and off relationship. They officially broke up before the arrival of their daughter. Benicio and Kimberly welcomed their daughter, Delilah Genoveva Stewart, on August 22, 2011.

Despite their breakup, the duo is raising their kid with great love and care. Even during her birth, Benicio was with Kimberly in the delivery room, and he is still playing an active role in the little one’s life.

Is A Very Opinionated Girl

Kimberly and Benicio are co-parenting and raising their daughter with great love and care. Delilah is about to be a teenager. Kimberly described her daughter as “very opinionated, especially in fashion.”

In a 2015 interview, Kimberly explained her daughter’s opinions in fashion. She mentioned that Delilah looks at her sometimes, and Kimberly understands something is wrong with her style without having her little one say a word.

Born Into A Family Involved In Entertainment Industry

Benicio is a popular actor and has acted in several movies and series. Similarly, Kimberly Stewart is also an actress by profession. Delilah’s parents are celebrities and have been involved in the entertainment industry for quite a long time. Apart from that, her grandfather is also a renowned singer. Delilah’s grandfather, Rod Stewart, is a British rock and pop songwriter, record producer, and singer. He is popular as one of the most successful and best-selling music artists of all time.

Not only grandfather, Delilah’s grandmother, or Kimberly Stewart’s mother, Alana Stewart is also a renowned name in the entertainment industry. She is an actress, producer, author, and former model of American nationality. Since she is surrounded by numerous popular personalities, Delilah might be interested in the various professions of the entertainment industry. We still have a long time to be sure about that. Let’s hope that she will be as successful as her family members.

Kimberly and Benicio are raising their daughter with great love with care. The loving parents take their daughter to various places and vacations. In January 2016, the duo took their daughter to the California Science Center in LA. There they saw live demonstrations, interactive exhibits, and samples of other ongoing programs. It is possible that Benicio del Toro’s kid with Kimberly is interested in science and might pursue a career in this field.

Despite the immense popularity that Delilah’s father, Benicio, has garnered through his work, he prefers a private life away from the limelight. He has not revealed if he’s in a relationship or not. However, in an interview with Esquire in 2005, del Toro said that he would like to be a monogamist. So, it is unknown who will be the lucky girl to experience a happy ending with the actor.

In various interviews, del Toro has talked about how he changed his behavior after his daughter’s birth. He mentioned that he had learned to remain calm even after Delilah keeps throwing tantrums. He frequently mentions his daughter in several interviews.

As mentioned earlier, Benicio keeps his private life away from the spotlight. He has not posted any pictures of Delilah or anything related to his personal life. On the other hand, Kimberly uploads pictures of their daughter frequently.

Talking about Kimberly, her past relationships are transparent. Delilah’s mother has been engaged twice. In February 2020, she was snapped, sharing some passionate kisses with her boyfriend, Jesse Shapira. Their relationships seem to be going strong, but the pair have not exchanged vows yet. Let’s hope that we get to hear some good news.

Benicio del Toro’s daughter Delilah is growing up well and is about to be a teenager now. She resides with her mother, and the del Toro-Stewart family is doing great for themselves. We hope to know more about Rod Stewart’s granddaughter in the coming days.

The name Delilah has a Hebrew origin, which means “Delicate, Weakened.”