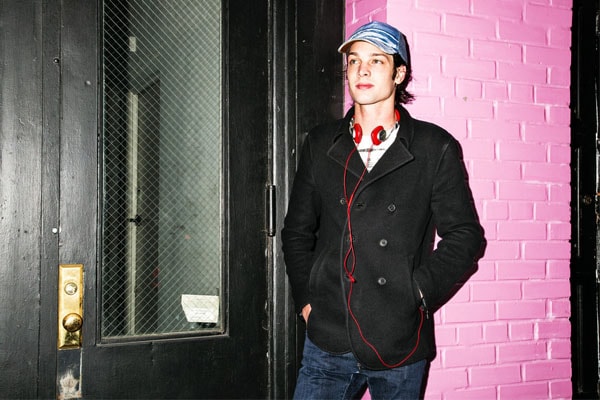 The American actress and model, Stephanie Seymour’s son, Dylan Thomas Andrews was born in the year 1990 as the firstborn and eldest son of the family. The 28 years old Dylan Thomas is the big brother of young half-siblings Peter Brant, Jr, Harry Brant and Lily Margaret Brant.

The former Victoria’s Secret model walked down the aisle with the guitarist Tommy Andrews in the year 1989. However, the shortlived relationship ended a year after, in the year 1990. Furthermore, the stunning model tied the knot with Peter Brant in July of the year 1995.

The self-claimed art obsessed Dylan has been making a name for himself as an art curator dealer and facilitator. Young Dylan had his first art internship at the age of 16 at Peggy Guggenheim Collection in Venice. Likewise, Dylan has also worked at the Gagosian Gallery in New York two years later. Furthermore, Dylan and a fellow artist have created a nonprofit art group, Y&S (Young and Starving) to help young and talented follow artist with zero affiliation. The art group is now producing a show “The Frivolous Now”.

Opposite Personalities of the Half-Siblings

Despite being born in the same family and sharing the same mother, the personalities of the siblings vastly differ. The Brant brothers are models, fashion moguls and are making up a name for themselves in the entertainment industry. According to the young Andrews, his brothers like being performers and enjoy the process of getting dressed. However, unlike his siblings, Dylan has an interest in helping people that want to performers.  Besides that, the young artist, Dylan describes his brothers as very intense people and confesses to frequently getting some style tips from Peter Brant, Jr. and Harry Brant.

Furthermore, Dylan Thomas Andrews lost his half-brother, Harry Brant to an overdose of prescription drugs in January 2021. Stephanie Seymour’s son, Harry Brant was only 24. The Brant family released a statement announcing Harry’s death. They further praised his achievements and requested to mourn in private.

The historical name Dylan is a Welsh male name. The name comprises of Welsh elements, “dy” meaning “great” and “llanw” meaning “tide” or “flow”. In Welsh mythology, Dylan was a god and hero associated with the sea. Besides that, the name also means “son of the wave” or “born from the ocean”.

The medieval personal name “Thomas” comes from a Biblical origin. The name with a Biblical origin name is from Aramaic t’om’a, a byname which has a meaning ‘twin’. Besides that, the name was borne by one of the disciples of Christ.