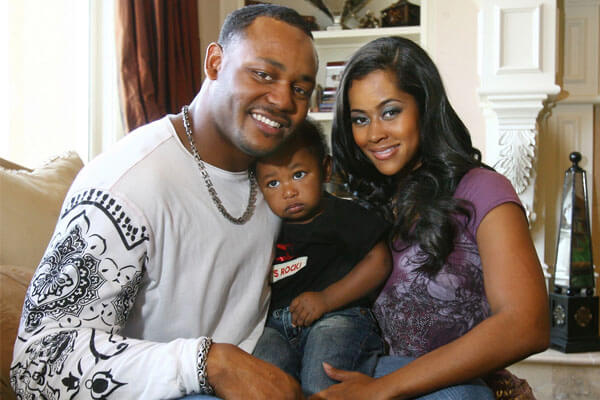 The Real Housewives of Atlanta star Lisa Wu‘s son, Edgerton Hartwell Jr, was born on May 9, 2007. His father is Edgerton Hartwell, Lisa’s ex-husband, and is the former couple’s only son together. Lisa Wu was married to Edgerton Hartwell from 2006 to 2011. Lisa is currently a single mom, while Edgerton is enjoying his marriage to wife Tonya Hartwell as of now.

Edgerton Jr’s dad, Edgerton Hartwell, is famous in the world of sport for being a former football linebacker. After retirement, the father of two has likely decided to pass on his rich legacy to his only son, Edgerton Jr. The young boy, who soon enters teenagehood, trains in Peewee Football League. Formally known as Pee Wee, it is a collection of youth’s sports leagues in many US states.

Undoubtedly, Edgerton has the company of legendary footballer in his own home. As long as his passion for football continues, Edgerton Sr will surely continue helping his son achieve his goals.  Besides, Ed’s mother, Lisa Wu, never misses to wish him on this birthday.

When it comes to his family life, Edgerton Hartwell Jr is one of his mother’s three sons. Lisa’s other sons are Justin and Jordan from her marriage to Keith Sweat.

As mentioned, Edgerton also has a beautiful half-sister, Ella Grace, from his father’s marital relationship with Keshia Knight Pulliam. Well, Edgerton enjoys a comfortable life and goes to junior high school. In the future, he might be a successful football quarterback.

The name Edgerton comes from Old English, which means “fort” or “town.”