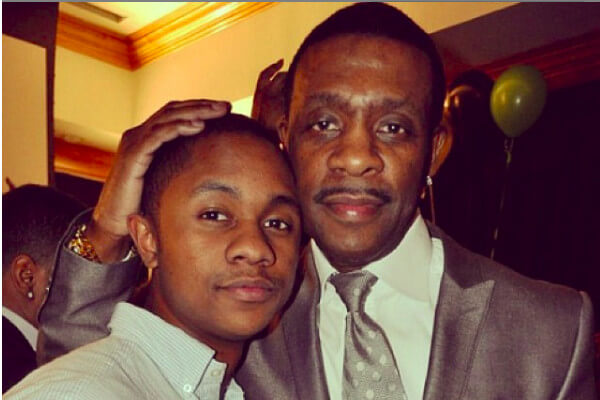 Bravo Housewives star Lisa Wu and singer Keith Sweat‘s son, Jordan Sweat, was born on January 2, 1995. He is the ex-couple’s eldest child together, the younger one being their son, Justin Sweat. Keith and his ex-wife Lisa divorced in 2002, after ten years of marriage. Jordan and his brother Justin live in Atlanta, Georgia, where they pursue their personal and professional lives.

Few people can have their cake and eat it too. Of these lucky souls is Keith Sweat and Lisa Wu’s eldest son, Jordan. Glancing at his Instagram pictures, there is enough evidence that Jordan lives a lavish lifestyle. Also, hanging out with big-name celebrities like Drake is no biggy for the 24-year-old young adult. Here’s him rubbing shoulders with rap queen Cardi B. Speaking of Cardi B, she herself as a daughter named Kulture Kiari Cephus.

Likewise, Jordan might have musical aspirations of his own. Music seems to run in his family blood, with his father Keith being the prime icon of musical talent. His brother Justin is also into singing and making music. The duo has a special bonding, and they passionately talk about their hobbies and interests.

Even though his parents divorced many years ago, Jordan still maintains a loving relationship with them. He is also close to his half-siblings, especially his half-brother, Edgerton Hartwell Jr.

Apart from chilling with his father, he often sees his mother Lisa Wu and wishes her on Mother’s Day every year. The mother-son duo often appears in public events. Undoubtedly, Jordan has a loving mother and supportive siblings.

Jordan is a Hebrew origin name, which means “one who descends.”