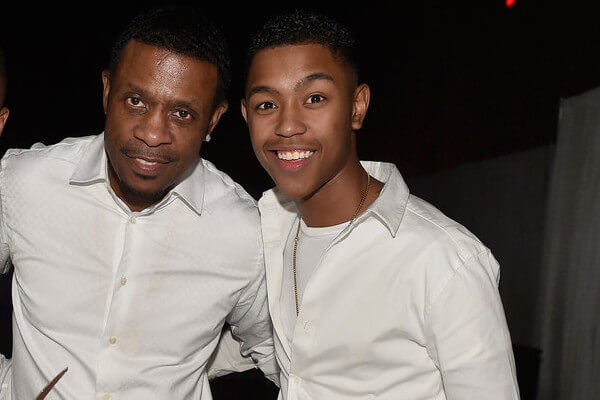 American singer Keith Sweat is a father of six children from his multiple relationships. Keith Sweat‘s son, Justin Sweat, was born in 1998 to his ex-wife, Lisa Wu. The former couple has two sons together, Justin and his elder brother Jordan Sweat. Known for appearing in The Real Housewives of Atlanta, Lisa Wu was married to Keith Sweat, from 1992 to 2002.

Apart from that, Justin Sweat’s half-siblings from both his parents’ side are Keia Sweat, Keyshia Sweat, Joshua, Amaya, and Edgerton Hartwell Jr. When it comes to Justin Sweat’s relationship status, he’s possibly single and not dating at the moment. Currently a resident of Atlanta, Georgia, Justin is pursuing his higher education at Georgia State University.

The dashing Justin resembles his parents, Keith and Lisa in many ways. He’s smart, charming and knows how to be fashionable when he’s out in public. Undoubtedly, Justin Sweat is set to become a successful man. According to his Facebook, he is a graduate of Alpharetta High School, and he’s currently a student at Georgia State University. He’s an amiable person and can be seen hanging out with pretty girls on campus.

At a very young age, Justin has started to hang out in high-profile circles. As we know, Justin parents’ are influential in the entertainment industry. Like his brother Jordan, it’s no big deal for him to hang out with star rappers such as Drake. On his Twitter bio, Justin calls himself a “singer.” Well, he sure does love music and might pursue a professional career in it.

We might soon see Justin dropping albums and gaining the respect of his fans. However, that’s going to take some hard work. As they say, Rome wasn’t built in a day. Justin’s Instagram is currently set to private, which might suggest that he’s a private man. Nevertheless, his mom Lisa Wu and brother Jordan Sweat never miss sharing pictures of him on their social media accounts.