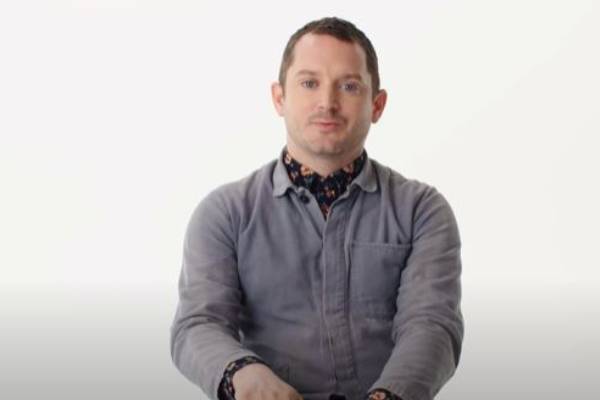 Evan Kongsved-Wood is the only son of Elijah Wood and Mette-Marie Kongsved. Image Source: Social Media.

If you are a fan of The Lord Of The Rings trilogy, you must be aware of the popularity of the film series and its stars. Many actresses and actors who have appeared in the movies have gained immense fame because of their characters. Well, you must be aware of Frodo Baggins. If you don’t know, he is a hobbit of the Shire who inherits the One Ring from his cousin Bilbo Baggins.

Elijah Wood is the one who portrayed Frodo Baggins in The Lord of the Rings trilogy and The Hobbit: An Unexpected Journey. He has also acted in several other movies and television series, which has helped him earn immense fame and fortune to his name. Well, unlike his professional career, he has kept his personal life away from the media and the limelight. The famous actor is the doting dad of a son, but he has not revealed much about the little one.

Thus, in this article, let’s learn in detail about Elijah Wood’s son and see how he is growing up.

As stated above, the Lord of The Rings star Elijah Wood has a son. Yes, you heard it right, little Frodo is a grown-up and now has a kid of his own. He shares his kid with his girlfriend, Mette-Marie Kongsved. The pair quietly welcomed their son, Evan Kongsved-Wood, in 2019 and did not reveal anything about him.

Furthermore, Evan’s mom, Mette-Marie’s pregnancy, was known for the first time in July 2019, when she stepped out with a baby bump for the first time. Later, on Late Night With Seth Meyers, Elijah revealed that they came to know about the pregnancy on 2018’s Christmas Eve.

Besides that, nothing much is known about Elijah Wood’s son. Furthermore, he and his girlfriend stay away from social media, so it is hard to know about their personal life.

His Mom And Dad Are Yet To Be Married

As stated earlier, Evan Kongsved-Wood is the only son of the Lord of The Rings star Elijah Wood and the Danish producer, Mette-Marie Kongsved. Mette-Marie and Elijah worked together in 2017 on I Don’t Feel at Home in This World Anymore.

It has been speculated that the couple must have begun dating then but were first spotted together only in January 2018 in Pasadena, California. Then at the Rodarte FW19 fashion show, they made their relationship official. However, Evan’s parents are yet to tie the knot.

Furthermore, in July 2019, Evan’s mom and dad were rumored to be engaged after she was seen wearing a ring on her left hand. However, later in the talk show, Evan’s dad Eliajh referred to Mette-Marie as his girlfriend.

The duo has not yet revealed when they will tie the knot, but we hope to hear some good news real soon.

His Parents Have Not Revealed His Face

As mentioned earlier, Elijah Wood is one of those celebrities who prefers to keep his personal life away from the limelight. Similarly, he has also kept his child away from media scrutiny. As a result, Elijah Wood’s son, Evan Kongsved-Wood, is rarely seen in the media. Moreover, his dad and mom have not posted anything about him on social media.

However, in May 2020, Evan was seen with his parents for the first time in public. The Kongsved-Woods family were spotted together walking in Los Angeles along with Elijah’s co-star in Middle Earth, Dominic Monaghan. Dominic had played fellow hobbit Merry. That was the first time the media got the sight of Elijah’s son.

It is not sure why the actor has kept his child away from the media. Furthermore, he once talked about child abuse hidden within Hollywood. So, maybe, he wants to keep his boy away from the entertainment industry until the little one gets to the age when he can decide for himself.

Elijah Wood’s son, Evan, is still too young to watch his works. But while talking with USA Today, he revealed that he wants to show the Lord of The Rings to his boy when he becomes eight years old. Furthermore, he added that he’d listen to his son to know how ready he is to take that thing on.

Who knows, Evan might be a massive fan of the trilogy. Only time will tell. Similarly, we hope that he has a great future ahead.

The name Evan has a Welsh origin, and it means God Is Good.