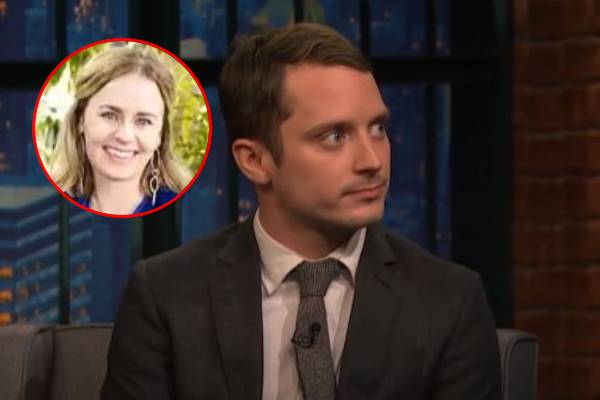 Elijah Wood is one of the most renowned names in the entertainment industry. If you are a fan of the film series The Lord of The Rings, then you obviously know who he is. However, to those who don’t, well, he is the one who portrays Frodo Baggins, a hobbit from the Shire who inherited the One Ring from his cousin. Besides being recognized as Frodo, he has also gained fame and fortune from several other movies.

Talking about his personal life, it is no secret that the handsome actor prefers to keep it private. Being a celebrity, it must not be easy to remain that secretive, but he seems to have become quite successful. Nonetheless, many know that he is currently dating a woman named Mette-Marie Kongsved. However, she is much more than just the famous actor’s lover.

As mentioned earlier, Mette-Marie Kongsved is known for being the girlfriend of the Lord Of The Rings star Elijah Wood. Apart from that, she has also made a name for herself as a Danish producer, having produced many works to date.

Elijah Wood’s partner, Mette-Marie, debuted as a producer in 2017 from the movie I Don’t Feel at Home in This World Anymore. After that, she went on to produce several other films like Get Duked!, Come to Daddy, Nine Days, and I Blame Society.

Moreover, Mette-Marie has also worked in the costume department for A Yellow Ribbon. In addition, she was a music supervisor for Sia’s Cheap Thrills. Furthermore, she even served as a Production Assistant in Between Us.

Mette-Marie must have earned significantly from her work. Due to this, Mette-Marie Kongsved’s net worth must be a considerable sum. Talking about her boyfriend Elijah Wood, his net worth is $20 million. As a result of their massive fortune, they must be able to live a comfortable lifestyle.

Co-Founder Of A Production Company

Apart from being a producer, Elijah Wood’s partner, Mette-Marie Kongsved, has also co-founded a production company. She and Laura Tunstall jointly founded Nowhere, a film and TV production company. Its main objective is to identify and support bold new creators.

The company has partnered with Piero Frescobaldi and Michelle Craig and their famous creative production studio, Unit9. Mette’s company has worked on different projects, including Nine Days, Get Duked!, Come To Daddy, and I Blame Society.

Moreover, Mette’s boyfriend has also worked on a few of Nowhere’s projects, Come To Daddy. Plus, she must be earning significantly from the profits of the company.

Talking about her personal life, the beautiful producer, Mette-Marie Kongsved, is currently in a relationship with the fan-favorite LOTR star, Elijah Wood. However, unlike other celebrity couples, they seem to be private. As a result, the Kongsved-Wood pair have not talked much about their relationship in the media.

The Danish producer and the actor first worked together in 2017 on I Don’t Feel At Home in This World Anymore. The fans and media had speculated that they must have begun dating then. But according to IMDb, the duo has been in a relationship since 2016.

In January 2018, Mette-Marie and Elijah made their romance public after they were seen holding hands in Pasadena, California. At the Rodarte FW19 fashion show, which happened in February 2019, the duo made their first official appearance as a couple.

Elijah and Mette-Marie’s relationship is still going strong, and they are yet to walk down the aisle. However, in July 2019, after Elijah Wood’s girlfriend was spotted with an engagement ring, the couple was rumored to be engaged.

Unfortunately, the duo has not officially talked about the alleged engagement. But, let’s hope we get to hear some good news real soon.

Welcomed A Child With Her Boyfriend

Although Elijah and Mette-Marie are yet to tie the knot, the duo has already grown their family. Elijah Wood’s girlfriend, Mette-Marie, was first seen with her baby bump in July 2019. They reportedly welcomed their first child, son Evan Kongsved-Wood the same year. However, the lovely couple did not reveal the news about the baby’s birth then.

Later, while talking with Seth Meyers, Mette-Marie Kongsved’s boyfriend revealed that he learned about her pregnancy on Christmas Eve 2018. The couple has kept their baby away from media scrutiny.

The first time the Kongsved-Wood family were spotted together was in May 2020. Paparazzi clicked them when they were walking in Los Angeles, and Elijah’s Lord of The Rings co-star Dominic Monaghan had joined them.

Elijah and Mette-Marie are raising their son with great love and care, away from the media attention.

Before getting into a relationship with Elijah Wood, Mette-Marie Kongsved had to go through a heartbreak. She was married to an American film director and producer, Evan Louis Katz. They had tied the knot on May 15, 2011, and were together for five years. Moreover, Mette-Marie changed her name to Mette-Marie Katz.

In December 2016, Mette-Marie Kongsved’s ex-husband filed for divorce in Los Angeles County Superior Courts. However, the reason behind their separation has not been revealed yet. The divorce was finalized later in 2017, following which, the former couple moved on in their respective lives.

Despite the fame that Mette-Marie has gained, she seems to be very private when it comes to her personal life. Her Instagram is private, and she has not talked about her personal details in the media. Nevertheless, she might be in good health. Let’s hope to know more about Elijah Wood’s baby mama in the coming days.