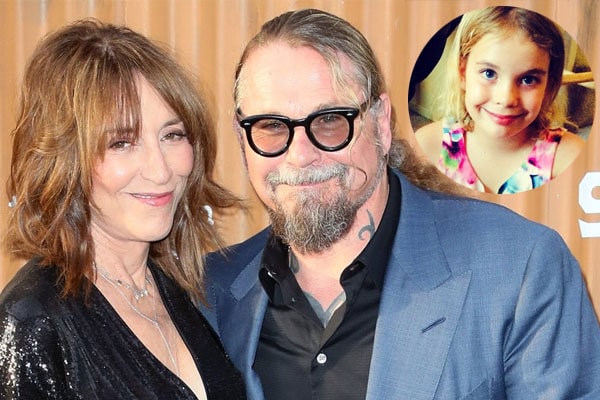 Kurt Sutter a brilliant writer and producer who married actress Katey Sagal on 2nd October 2004. The lovely couple has a daughter named Esme Louise Sutter. While it’s Kurt’s first child, Katey has two other children from her previous relationship with Jack White.

Katey Sagal’s daughter Esme Louise Sutter was born on January 10, 2007, through a surrogate mother. She is the youngest in the house and has two older half-siblings, a sister named Sarah Grace White and a brother Jackson James White. She is loved and adored by all. So, let’s get to know more about the only daughter of writer Kurt Sutter.

As mentioned above, Kurt Sutter’s daughter, Esme Louise Sutter, was born through a surrogate mother. In an interview with OK! Magazine, Katey mentioned the medical condition that deprived her of having another kid. It all started after she gave birth to her two children.

Esme Louise’s mother also said that she and her husband Kurt, were looking for alternatives. They thought of adopting a child and also had an idea of investigating the surrogacy road. Later their surrogacy situation just fell into place really easily, and after a couple of months, they welcomed their daughter Esme.

Furthermore, mother Katey also said that their daughter brought a flow of happiness into their life. Everyone was really excited, and especially her older kids were eager to meet their little sister. Little Esme fits right in, and she is healthy and perfect in every way. At the time of birth, Katey held Esme, and her husband Kurt cut the cord. She says it was a beautiful experience.

Being the youngest has its own benefits; you are loved by all. Katey Sagal’s daughter Esme Louise Sutter lies in a similar case; she is the youngest amongst the three kids. So, it’s no surprise that she shares such a good relationship with all. She is her father’s little girl and her mother’s angel. She loves spending time with both her dad and mom. Katey says her family is her life, and nothing is far more important to her than seeing her family happy.

In addition to that, Esme is a dog person, and she loves dogs and owns one herself. At the time of Christmas, the Sutter/Whites can be seen spending some family time together. We have already discussed that Esme shares a lovely bond with her elder siblings. They love hiking and traveling, especially the three girls, Esme, her mother, and sister Sarah.

Like all-father, Kurt also adores his daughter. He loves spending time with her despite his busy schedule. She is the only offspring he has so, and it’s obvious that he wants to spend as much time as possible with her enjoying her childhood. Mother Katey said at the time of Esme’s birth, Kurt seemed a lot happier, and the moment he saw his little daughter, he just held her in his arm.

Moreover, both the father-daughter duo loves chilling with one another, enjoying each other’s company. We can just assume how much of an amazing father Kurt must be. The picture Katey uploads regarding her husband and her daughter clearly show the chemistry the duo shares. He is a wonderful father of a beautiful daughter.