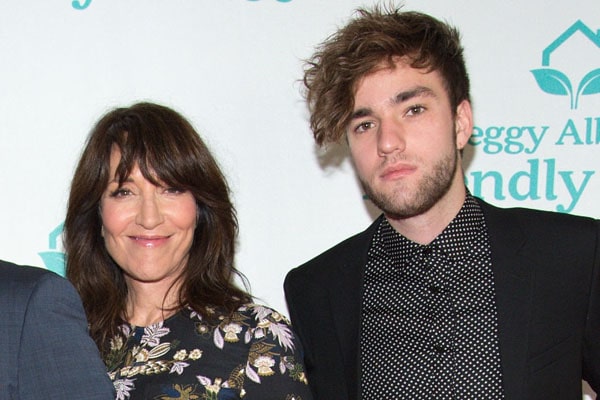 The singing diva and beautiful actress, Katey Sagel was married to Jack White, a singer/songwriter, producer, and multi-instrumentalist in 1993. They were blessed with two children, daughter Sarah Grace White and son Jackson James White. After spending seven years together, they separated from each other lives in 2000. Later, Katey Sagel got married to Kurt Sutter in 2004. The White siblings got a new father and a half-sister, Esme Louise Sutter, after a few years.

Katey Sagal’s son Jackson James White grew up in musical surroundings, singing and playing instruments. He has grown up to be a perfect looking man. Now, Jackson has been following the acting like his actress mom. Jackson entered the acting world at the age of 14 when he did RENT in high school. Since then, he has appeared on numerous TV and projects.

Jackson is not only an attractive actor but a wonderful singer too. He has performed live numerous times with his mother, Katey, and people love the mother-son duo. Many fan cams of the live performance have made way on YouTube as well.

The good looks and musical ability which he inherited from his parents is making him one of the rising TV stars. We can see that; it’s a lovely picture to see when Jackson sings and plays guitar together with his mother, Katey.

Jackson James White is part of a circle of gifted family members. His grandfather, Boris Sagal was a television director, grandmother Sara Zwilling is a screenwriter, uncle Joe Sagal is an actor, Gregg Champion is a film director and aunts Jean Sagal and Liz Sagalare are actresses. We can clearly see how Jackson got the acting genes in him.

We can see that the beautiful Katey has passed down her good looks, rockstar character and witty acting genes to her son Jackson. We hope the best for the projects Jackson is working on and hope to see him on more projects.

Katey Sagal’s son’s first name Jackson is of English and Scottish origin, meaning “son of Jack.” And the middle name James is of Hebrew origin, which means “supplanter,” one who follows.