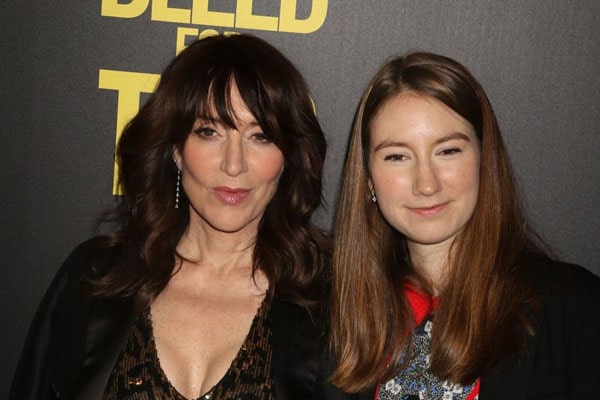 The melody of the music was good, and lyrics fell in the right place, the beats started building up, however, the introduction of a new instrument broke the euphoria of the music. This is how the composure of two lovely musicians broke. Katey Sagal, a talented actress, and a singer/songwriter broke apart from Jack White, singer/songwriter, producer and a multi-instrumentalist in 2000 after getting married in 1993. In the span of their seven years together, they were blessed with two children, a daughter Sarah Grace White and a son Jackson James White.

Katey’s firstborn was only alive for seven months in the womb in 1991. So, Katey Sagal’s daughter Sarah Grace White is a biologically second born child who was born on August 7, 1994. Let’s know more about the beautiful 25-year-old Sarah.

Katey Sagal’s daughter Sarah Grace White has been quirking up her acting passion. She has done many theatres acts, establishing herself as a theatre actress. Some of the plays she has done are, Roller Dynasty, The Ballad of Bonnie, Prince Chucky, and more. The talented actress has now begun to take her place as a TV actress. Sarah shared the same TV series, Son of Anarchy, with her mother, Katey Sagal. We can see that Sarah is following her mother’s footsteps. She has been signed to a new project,’68 Whiskey‘.

We hope to see Sarah’s various sides on the screen, on how she can adapt new characters. We wish all the good luck to Sarah and her future projects.

Katey Sagel’s daughter Sarah Grace White has a lovely circle of friends with whom she creates great content and shares it on her YouTube channel. The friendship she has with her close ones, the connection she has with them, takes a form of art. Sarah is very close to her younger brother Jackson James White, as he is also part of Sarah Theatre Squad. She also has a half-sister named Esme Louise Sutter with whom she has a lovely bond too.

We can see that Sarah has a lot of fun with her friends, creating wonderful content and memories. Sarah has such a lovely personality that people are always surrounding her and loving her company.

Sarah has a website where she has posted all her achievements and abilities. Graduate from Kenyon College and trained with the Atlantic Acting School, Sarah is a promising actor, singer, and writer. The witty Sarah is also good at comedy and physical improv. Well, Sarah Grace White is a full package of an entertainer.

We hope the family is close to each other. We can assume that the whole family is always jamming on mama Katey’s great music and having a lovely time always. Music brings people together, so we wish only good for Sarah Grace White and her family.

The name Sarah is of Hebrew origin, meaning Princess. As for the middle name Grace, it is derived from Latin, which means eloquence or beauty of form.