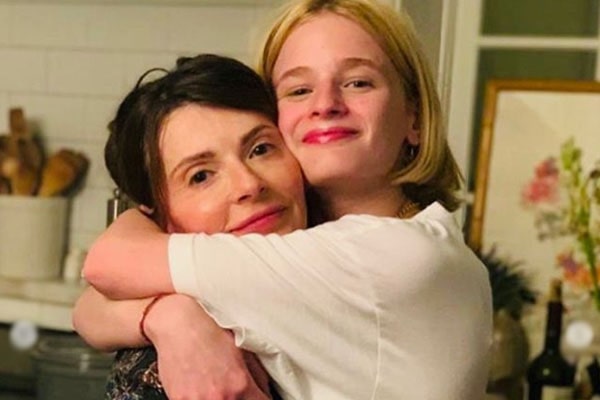 Ewan McGregor‘s daughter Esther Rose McGregor was born on 23rd October 2001. McGregor welcomed Esther together with his ex-wife Eve Mavrakis. Esther Rose McGregor’s parents, Ewan and Eve, exchanged their wedding vows back in the year 1995. Decades-long after their marriage, the pair decided to part their ways and got separated in 2018.

Moreover, Esther is the second child of the legendary actor. She has three other siblings including two sisters named Clara Mathilde McGregor & Jamyan McGregor and a brother named Anouk McGregor. Among her three siblings, Jamyan and Anouk are adopted.

Esther Is the Second Born Child Of The Actor

Born in the year 2001, Ewan McGregor’s daughter Esther Rose McGregor is the second child of the family. Esther’s sister Clara is the eldest of McGregor’s two children with ex-wife Eve Mavrakis. The former pair is also parents to 17-year-old Jamyan and 8-year-old Anouk McGregor whom they adopted in 2006.

As mentioned before, McGregor and Mavrakis were married from 1995 to 2018. After the split, McGregor began dating his Fargo co-star Mary Elizabeth Winstead. However, Esther Rose McGregor’s elder sister Clara didn’t seem happy and once lashed out at Winstead.

Clara is a Playboy model and has had several photoshoots with the company. Moreover, Esther Rose McGregor’s father Ewan will be seen in the Stephen King adaptation Doctor Sleep, which hits theaters on the 8th of November.

Came Out As Bisexual

Reportedly, both of Ewan McGregor’s daughters Esther and Clara came out as bisexual. According to the Daily Mail, 18-year-old, Esther published a post on her Instagram account reading, “‘#notokaycoachella. I’ll take the time now to say – I’m bisexual.” Although the post has now been deleted, but not before her elder sister Clara, 24, chimed in writing, “Love you boo. I’ll hop on the train and say I’m bisexual too. Carry on!”

Esther was protesting the Coachella music festival, organized by the Anschutz Entertainment Group and founded by billionaire Philip Anschutz who has been criticized for reportedly donating money to anti-LGBTQ and climate change denial groups, and other far-right causes. The McGregors sisters are not the first famous models to speak out against Coachella. Last year, supermodel, Cara Delevigne said she would no longer attend, even though she praised Beyonce‘s performance. “Just because I love Beyoncé doesn’t mean I now love Coachella. I still wouldn’t go.”, she said.

It has been over a year since Esther is in a relationship with her boyfriend who apparently goes by the name Monty Hamm. The couple started dating each other since September 23, 2018. Also, Esther Rose McGregor’s boyfriend Monty occasionally appears on her social media handles. He is a climber and has participated in the USA Climbing Bouldering Youth National Championship 2019 held in Redmond, Oregon. McGregor’s partner also has his own IG account but has kept it private as of December 2019.

Ewan McGregor’s daughter Esther Rose McGregor is popular on Instagram account with more than 17K followers as of December 2019. Going through her Instagram handle, Esther is mostly seen enjoying and partying with her friends and siblings. Not only that but she never misses to dip into nature by traveling to beautiful locations.

The sensual Esther even might follow her sister’s footsteps in the coming days, becoming a model. She seems ready already as the upcoming model has the perfect looks and charm to win the heart of millions.

Has A New Baby Brother

Esther Rose’s father, Ewan McGregor, welcomed a baby boy with Mary Elizabeth Winstead. She and her sister, Clara, posted the good news on their respective social media, sharing their happiness.

Furthermore, Esther wrote that she met her little brother looking like a pirate. She further concluded the post with ‘Welcome to the family, little Laurie.”

Interestingly, Mary did not announce her pregnancy and wasn’t photographed with her baby bump. Thus, it was a pleasant surprise for the fans and a new addition to the McGregor family. Since Esther is already in love with her baby brother, we might also see more on her insta posts in the future.