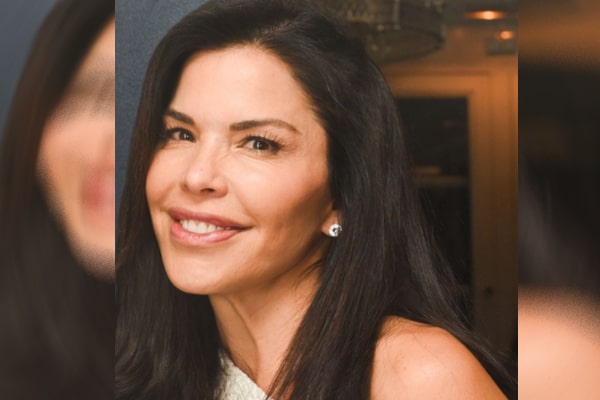 Lauren Sánchez is not just an American news anchor, media personality, actress, but she is also a pilot and entrepreneur. She appeared on The View and is known as the former co-host on KTTV Fox 11’s Good Day LA. Moreover, she also served as the special correspondent on Extra.

In recent days, Lauren Sánchez is a hot topic due to her relationship with the CEO of Amazon, Jeff Bezos. Their romantic activities and relationship are particularly scrutinized, followed by tabloids as well as the general population. But that’s the story for another time. Here, we shall tail Lauren Sánchez’s son, Evan Whitesell, with her former partner, Patrick Whitesell.

Aforementioned, Lauren Sánchez is many things, including a pilot, entrepreneur, actress, anchor, etc. But the role she values the most is the role of motherhood. She has welcomed three kids with her partners, including from her relationship with former NFL player Tony Gonzalez.

Furthermore, Lauren Sánchez welcomed two children with her former partner, Patrick Whitesell; Evan Whitesell being the eldest. He was born in 2006 and is probably a schoolboy. Unfortunately, both his parents, Lauren and Patrick, are not active on social media. Therefore, knowing more about Lauren Sánchez’s boy is a little complicated task.

But he surely is living a very comfortable life with his younger sibling, Eleanor Patricia Whitesell. She is two years younger than her brother. Evan also has an older half-brother, Nikko Gonzalez, born from his mother’s relationship with Tony Gonzalez.

Furthermore, Lauren Sánchez’s son, Evan, also accompanies his mother to restaurants alongside his half-brother and sister. He also met Lauren Sánchez’s boyfriend, Jeff Bezos, in July 2019, along with his brother, Nikko.

Sánchez and Bezos are in no hurry to combine their family and are taking things slow. If things go smooth as butter, Evan might soon call Jeff Bezos’ children his siblings. Furthermore, following Evan’s parents’ divorce, he equally distributes his time with his parents.

Aforementioned, Lauren Sánchez’s kid, Evan Whitesell, seems to spend equal time with both his parents since their divorce.

Lauren Sánchez and Patrick Whitesell were a power couple when they were together. They exchanged vows in August 2005 amongst friends and families. Moreover, Patrick Whitesell is a Hollywood agent and a founding partner of William Morris Endeavor Entertainment and stayed married for over a decade and welcomed two children together.

Moreover, the couple also went to several events together and later with their kids. Despite the decade-long marriage and two kids, Lauren and Patrick realized they weren’t meant to be and decided to part ways after fourteen years of marriage in 2019.

Lauren Sánchez filed for divorce a day after Bezos’ divorce became final. According to TMZ, Sánchez’s divorce was followed by Patrick Whitesell’s response, which was similar. Interestingly, their divorce was quickly finalized the October of the same year, which celebrity lawyer Laura Wasser mediated.

Lauren and Patrick agreed on joint physical custody of their two children, Evan and Ella. Similarly, the property settlement was divided up as per their existing prenuptial agreement.

Although the divorce might have impacted Lauren Sanchez’s son, Evan, he maintains a good relationship with both of his parents and possibly his mother’s billionaire boyfriend.

Evan Whitesell’s Mother Is In Relationship With Jeff Bezos

As mentioned earlier, Lauren Sanchez was married to her ex-husband, Patrick, for over a decade before divorcing in 2019. However, it came to an end after Lauren and Jeff Bezos started their relationship.

Interestingly, it was Sanchez’s ex-beau who had introduced the power couple a decade ago. With time, they grew closer and parted ways with their respective partners before announcing their relationship in 2019.

Moreover, TMZ reported that Evan Whitesell’s mother, Lauren Sanchez, began dating Bezos in the summer of 2018. The couple reportedly started their relationship after they were moving on from their former partners.

As of now, both Lauren Sanchez and Jeff Bezos are enjoying their time together lavishly. They also seemed relaxed after their relationship became public. Thus, we might hear more about the couple in the coming days and hopefully about their merged family as well.

Moreover, Lauren Sanchez’s son, Evan Whitesell, is still a young kid. Therefore, raising him away from media scrutiny could be a wise choice until he chooses a showbiz career. Thus, let’s wait and see what Evan will be doing in a decade from today. If you happen to know more about Evan and his whereabouts, feel free to mention them below.

The name Evan has Welsh origin, which means the ‘Lord is Gracious.’