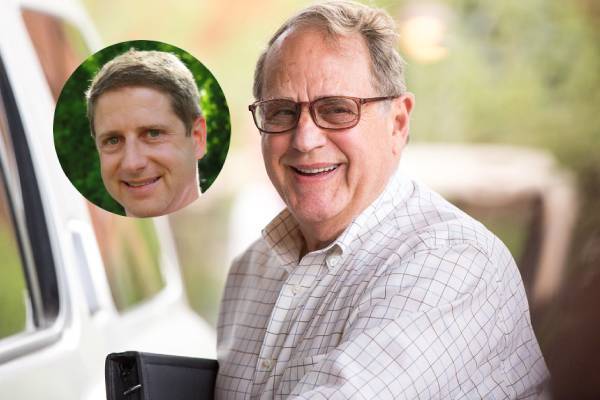 Michael Andrew Reinsdorf is the President and COO of the Chicago Bulls. Image Source: Flickr.

Jerry Reinsdorf, also known as Jerry Michael Reinsdorf, is a popular billionaire businessman from America. He is famous as the owner of the basketball club, Chicago Bulls, and baseball club, Chicago White Sox. He and his family members have been in this business for several years and have gained significant fame.

Jerry Reinsdorf was married to late Martyl Rifkin since 1956. The duo together welcomed four children. Among four kids, here are some interesting facts about Jerry Reinsdorf’s son, Michael Andrew Reinsdorf.

Second Child Of His Parents

As mentioned earlier, Jerry Reinsdorf shared a blissful marital life with Martyl Rifkin. The duo that exchanged the vows in 1956 were together for several decades. In all those years of marriage, they gave birth to four kids, a daughter, and three sons. Jerry Reinsdorf’s son, Michael Reinsdorf, is his second child with his wife, Martyl Rifkin Reinsdorf, and was born in 1968.

As stated above, Michael Reinsdorf has three other siblings. His sister, Susan Janeen Reinsdorf, aka Susan Reinsdorf, is his only sister. Then, in 1963, Michael’s older brother, David Reinsdorf, was born, and Jonathan Milton Reinsdorf is the youngest one in the family. Michael and his siblings share a great bond and grew up having a great time.

Is The President And COO Of the Chicago Bulls

In September 2010, the Chicago Bulls named Jerry Reinsdorf’s son, Michael Reinsdorf, President and Chief Operating Officer of the club. As the President and COO, his responsibility is to oversee all business operations for the team. Furthermore, he also has to report to Jerry, who is the Chairman of the board.

In an interview, the Chairman of the Bulls, Jerry Reinsdorf, said that naming Michael COO and President of the club reflected the natural progress of his increasing role in the Bulls business organization and publicly recognized the contributions he has made for the team. He also stated that he was proud of Michael’s achievement with the team and in his own ventures.

Michael had attended the University of Arizona and has been in the business world for a long time now. Since 2001, Jerry’s boy, Michael, has followed in his footsteps and has been involved in NBA league matters. Michael, who has been serving as the President and COO of the team since 2012, also serves as an NBA Governor and is also on the NBA Planning Committee.

Not only that, Michael is a founding partner of a consulting company, International Facilities Group, which specializes in the development of entertainment and sports facilities across the nation. He is also a member of the Young Presidents’ Organization (YPO).

Michael also works at the Harrisburg Senators (AA, Washington Nationals) as the Chairman. He oversaw $40 million in ballpark renovations and watched the team break season-long and single-day records in 2010.

Moreover, Reinsdorf has also been involved in several other businesses. He is known to be the previous owner of one of the premier franchises in the ECHL professional hockey League, Stockton Thunder. During the time Michael owned the Stockton Thunder, he saw the team lead the league in attendance in four seasons.

Thus, he must have earned significantly through all these ventures.

Although Jerry’s son, Michael, has gained significant fame and success, he seems to be private about his personal life and has been able to keep it away from the unnecessary media attention. However, many people are curious to learn about him, especially about his love life. So, questions like “Is Michael Reinsdorf married?” and “Who is Michael Reinsdorf’s wife?” are really common.

To answer the questions, Yes!, the successful President of the Chicago Bulls is happily married. He shares a blissful marital life with Nancy Reinsdorf. Nancy and Michael have three kids together. In one of his Facebook posts, Michael uploaded a picture with his dad, wife, two sons, and a daughter.

Not much has been revealed about Michael Reinsdorf’s wife, Nancy. However, many recognize her as the woman who leads the Chicago Bulls Charities. The loving couple is living a wonderful life in the northern suburbs with their kids.

Although Jerry Reinsdorf’s kid, Michael has reached a significant height of success, his life has not always been that easy. He has suffered several losses and setbacks. In 2014, Michael lost his brother, David Reinsdorf, who was the former vice president of asset management for Michigan Avenue Real Estate Group. We can only imagine how hard it must have been for him to lose a brother at such a young age.

Likewise, Michael lost his mother in 2021. Michael’s mother, Martyl, breathed her last on June 28, 2021, at the age of 85, after a long battle with an illness. As he was close with his mom, it must have been hard for him to cope with her demise.

Nevertheless, Michael’s loss provided him the motivation to become a better person and make his siblings and parents proud of him.

The name Michael means Who Is Like God? and has a Hebrew origin. Similarly, the name Andrew carries the meaning Manly and has a Greek origin.