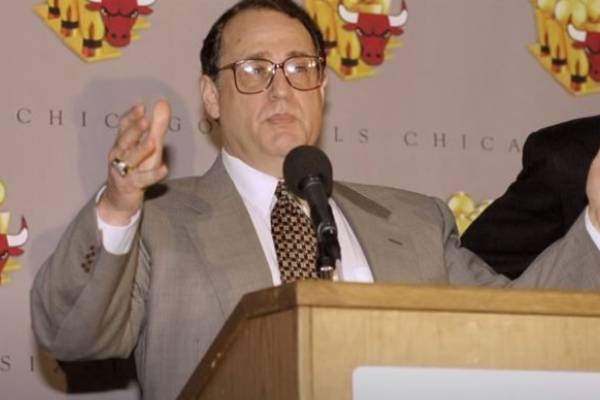 Jerry Reinsdorf is a billionaire who became famous as the Chicago White Sox and Chicago Bulls owner. Jerry, who began his career as a tax attorney, has been involved in different business ventures and has gained enormous fame and fortune to his name.

As a result of the fame, Jerry’s personal life has always been the topic of interest to many people, and they are curious to learn about it, especially about his kids. So, in this article, know in detail about Jerry Reinsdorf’s daughter, Susan Janeen Reinsdorf, and her whereabouts.

Only Sister Of Her Three Brothers

The billionaire Jerry Reinsdorf shared an incredible marriage with Martyl Rifkin. The couple had gotten hitched in 1956 and were together for more than four decades. In several years of togetherness, the duo welcomed four kids, three sons, and a daughter. Jerry Reinsdorf’s daughter, Susan Janeen Reinsdorf, is his and his wife’s only daughter.

Lost Her Mother And Brother

Although Jerry Reinsdorf’s daughter, Susan, lives a comfortable life, her life has not always been that easy. She has suffered some deep losses in her life. In 2014, Susan Janeen Reinsdorf’s brother, David Reinsdorf, passed away at the age of 51. He was the senior vice president of asset management for Michigan Avenue Real Estate Group.

Furthermore, the reason behind his demise is still a mystery. After his death, a moment of silence was observed before a training game between the Kansas City Royals and the White Sox.

Seven years after her brother’s sudden demise, Susan and her family suffered another tragic loss. Her mother, Martyl Reinsdorf, passed away at the age of 85 at her home in Paradise Valley, Arizona, surrounded by family. She took her last breath on June 28, 2021, after a long illness.


In an interview with Chicago Suntimes, Susan said that her mother had lived life to the fullest. She described her mom as a devoted artist, a big personality, a strong woman who always fought for the underdog.

It must have been difficult for Susan to lose two important people in her life. Nevertheless, the losses only made her strong and determined to achieve significant success in her life and make them proud.

Jerry Reinsdorf’s Daughter Has Not Been Active On Social Media

Susan Janeen Reinsdorf was born into a family of famous personalities. She has gained significant fame and recognition as Jerry Reinsdorf’s baby girl. However, she has not made that many public appearances as compared to her dad and brothers. Furthermore, she also has not been active on social media.

Susan has managed to live her life so privately that information about her marital life, kids are a mystery. Still, we wish her well and hope that she gains significant success in her career.