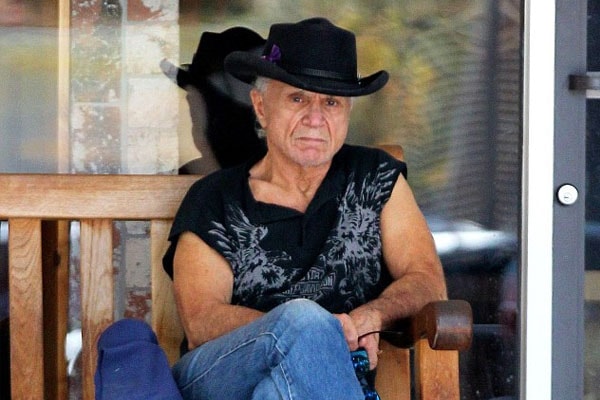 Robert Blake is a father of three children. His kids are named Rose Lenore Sophia Blake, Delinah Blake, and Noah Blake. Robert had Delinah and Noah together with his ex-wife of 20 years, Sondra Blake Kerr. And he had his daughter Rose with his deceased wife Bonnie Lee Bakley.

Robert Blake’s Only Son Is An Actor

Robert Blake’s son, Noah Blake followed in his father’s footsteps to become an actor. Noah was born as Noah Luther Blake on the 1st of February 1965 in Los Angeles, CA. He has appeared in multiple movies and TV series including The Wonder Years, Harry and the Hendersons, Married with Children, Teen Witch, Mystery Men, and Piranhaconda.

Back in 2005, during his interview with Vanity Fair, Noah clearly stated that his father’s situation was nobody’s fault but his own. Noah didn’t attend the trial of his father as well.

Also in 2012, Noah was asked how he felt about his father’s trial. However, he evaded the question and said, “You think of any possible scenario that could have happened.”

Robert Blake’s daughter Delinah was born in 1966. She works as a psychology professor and is married to Gregg Hurwitz. The lovely couple together has two daughters. Also, Delinah with her husband raised her half-sister, Rose Lenore in Sherman Oaks for a while.

Delinah Blake’s husband Gregg is an author of several novels. He is also a scriptwriter and producer. His script work includes a movie adaptation of his book Orphan X. Also, there is a TV adaptation of Joby Warrick’s Black Flags: The Rise of ISIS, along with a screenplay for the 2017 film The Book of Henry.

Robert Blake’s youngest child and daughter, Rose has a plan to pursue her lifelong dream of acting. The daughter of the actor wants to set a straight record of her life. As of 2019, she has an Instagram account with more than 24K followers. She regularly updates her IG handle and posts about her current life.

In her recent interview with People, Rose spoke out after a lifetime of silence. Lenore was just 11 months old at the time her mother, Bonnie was fatally shot outside Vitello’s restaurant in Studio City, CA on May 4, 2001. She added that she finally wants to take control of the narrative of her life embarking on an acting career.

Going through a traumatized childhood, the 19 years old Lenore is now finally happy with her life. Currently, she lives together with her boyfriend, Jonah Li-Paz and two cats. Jonah is a digital audio and visual artist by profession. The love birds look very happy and cute together.

Delinah Blake: Delinah is a girl’s name supposedly derived from Denila providing the meaning of “idealistic and generous.”