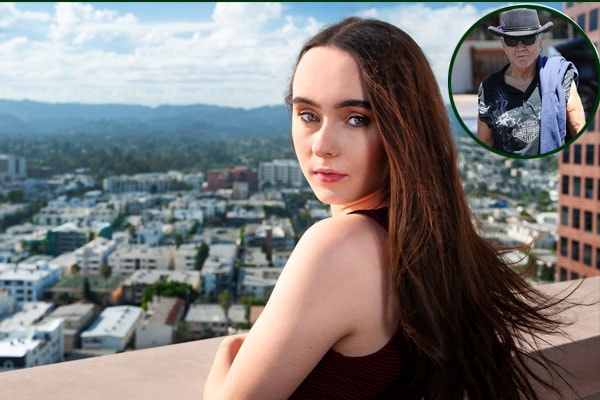 Robert Blake‘s daughter Rose Lenore Sophia Blake was born on the 2nd of June 2000. Robert had Rose together with his deceased wife Bonnie Lee Bakley. Rose’s parents tied their wedding knot the same year she was born in 2000. The former pair met in 1999. At the time, Bonnie had already been married to nine different men.

The daughter of Robert Blake finally spoke out for the first time after her mother, Bonnie’s murder. According to People, Rose spoke out after a lifetime of silence. Rose Lenore was just 11 months old at the time when her mother was fatally shot outside Vitello’s restaurant in Studio City, CA on the 4th of May 2001. Her father Robert was charged with Bakley’s murder later acquitted but found civilly liable.

Only after she turned 18, Rose decided to reconnect with her past by visiting Bakley’s grave near the Hollywood Hills. Lenore says,

“It was kind of a traumatic childhood at that point, I kind of didn’t know where she was buried for the longest time. I could have just looked it up, but I didn’t and didn’t think I was ready. And then when I was 18, I was like, ‘I’m ready. I want to go visit her.

Rose had suffered from anxiety and depression over the years. She was the subject of unwanted media fascination after her mother’s murder. Rose recalls an incident in her teens when she became a cheerleader at a high school football game once and noticed that some guy in the stand taking pictures of her. She had a feeling it was just a paparazzi.

A few weeks later, the photos appeared in the pages of a tabloid magazine.  The article was positive. However, that put distance between her and her classmates.

Lenore was raised by her half-sister, Delinah and her husband in Sherman Oaks. She lived a private life away from the spotlight and from Blake until now. Currently, she is involving in the acting line. Rose said she wants to finally take control of the narrative of her life as she embarks on an acting career.

Going through a disastrous childhood, the 19-year-old Lenore is now finally happy with her life. Currently, she lives together with the love of her life and two cats. The name of Rose Lenore Sophia Blake’s boyfriend is Jonah Li-Paz. He is a digital audio and visual artist by profession. The adorable couple looks very cute and happy together.

As mentioned earlier, Rose has a plan to pursue her lifelong dream of acting. Also, she wants to set a straight record of her life. Not only that but, Rose also has an Instagram account with more than 24K followers as of 2019. She is active on her IG handle and updates about her current life on a regular basis.

Rose is a female given name of Latin origin. It provides the meaning of “rose, a flower.” Whereas Lenore is a short form of Elenore, a variant of Eleanora meaning “light, torch, or bright.” Also, Sophia is a girl’s name of Greek origin meaning “wisdom, skill.”