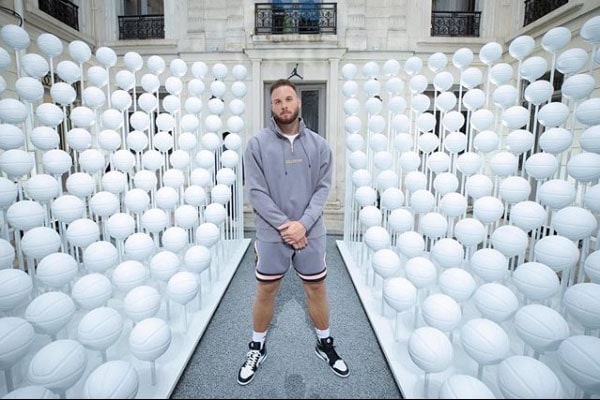 Born in September 2016, cute and adorable Finley Elaine Griffin is Blake Griffin‘s daughter with his baby mama, Brynn Cameron. Finley’s parents were to get married on July 28, 2017, but they had issues, and somehow, the wedding got canceled. Well, her dad, Blake Griffin is a professional basketball player for the Detroit Pistons of the NBA.

Finley Elaine has an elder brother named Ford Wilson Cameron-Griffin and a half-brother, Cole Cameron Leinart from momma’s side. Cole is Brynn Cameron’s son with her ex-boyfriend, Matt Leinart. Many of you don’t know much about Blake Griffin’s daughter as she is far away from the spotlight and media. Not to worry, we got you so, let’s get to know more about Finley Elaine Griffin.

Well, Blake Griffin treated his adorable kids a fun-filled day at Disneyland while celebrating Finley’s birthday on September 26, 2019. The NBA baller probably enjoyed his daddy duty to the fullest as he made a memorable day for his daughter. Blake also savored boarding several of the rides with his little ones at the amusement park in Los Angeles.

Although Finley is too small to hop on the Roller coasters and Ferris wheel, she seemingly was very happy to have fun at Disneyland with her papa. It’s going to be an unforgettable birthday present for lovely Finley from her daddy for sure. As for Finley’s brother, Ford Wilson, he was pretty excited to spend the afternoon at Disneyland.

Therefore, the surprise Blake Griffin gave on his daughter’s birthday was a treat for both of his kids. He got the precious time to bond with his children and have a fun-filled day to the fullest.

Who is Finley Elaine Living With At The Moment?

Finley Elaine is apparently living with her mom, Brynn Cameron. Since her parents are living their life separately, Brynn is taking the responsibility of taking care of her daughter. The NBA star, Blake Griffin settled a lawsuit with his baby mama in 2019. Cameron sued him for breach of oral contract claiming, he promised to take care of his kids and her but instead left them high and dry.

As mentioned on top, the ex-couple was to get married on July 28, 2017, but the wedding got postponed. Following the postponement, Cameron reportedly said that Griffin immediately began his high-profile affair with Kendall Jenner. She also stated that she and her children were ‘homeless and cash-strapped’ and had to rely on her brother for support.

Nevertheless, Finley’s parents probably came to an agreement to take care of their kids equally. That could also be the reason why Blake took Finley at Disneyland on her birthday.