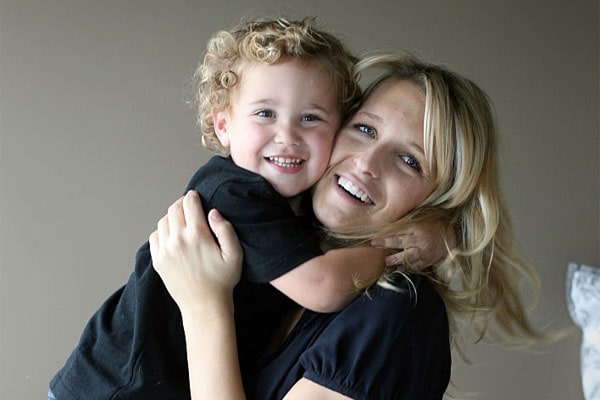 Cole Cameron Leinart is Brynn Cameron‘s son with her baby father, Matt Leinart. He was born in 2006, weighing at 6lbs and 7oz. Leinart broke up with Cameron after dating for a year and before Cole’s birth. Cole’s dad, Matt Leinart, is a former American football quarterback and married Josie Loren in 2018, whereas his mom is a former basketball star.

Brynn Cameron Is Taking Care Of Her Son

After Brynn Cameron gave birth to her son, Cole, in 2006, she subsequently took a year off from school to take care of Cole. Brynn and Matt’s relationship had already ended before she knew about the pregnancy. Even though Cameron felt like her life was ending, she didn’t quit. But she did all the work to take care of Cole.

According to Heavy, Brynn stated,

“It’s kind of hard for me as the mom, I’m with Cole probably 99.9 percent of the time – to open a magazine or read a newspaper article with Matt saying, ‘Oh, I love being a dad. I love changing diapers. I love doing this.’ I’m like, Wait, what?”

Cameron and Leinart also clashed over the child support payments. However, the former Arizona Cardinals quarterback agreed to pay her $15,000 a month as child support in the end. Matt Leinart most probably comes to visit his son frequently.

Not only has she been taking care of Cole, but she also took the responsibility to take care of her two children with baby father, Blake Griffin. It looks like she isn’t letting her kids feel the absence of a father in the family. Therefore, Brynn Cameron is supposedly by far taking good care of Cole Cameron.

Brynn Cameron has never introduced Cole in the spotlight and media since she along with her children are seemingly living a subtle life. Although Cole’s future is still not very certain, we imagine he could go into sports as both of his parents made a career from football and basketball, respectively.

Probably Cole Cameron Leinart has been living a happy life with his mom and half-siblings. None of Brynn Cameron’s kids have been the favorites to appear in the limelight or media.

Nevertheless, Brynn is perhaps happy with providing a low-key and subtle life to all of her children at the moment.

The name Cole is of Middle English origin, and it refers to ‘swarthy, coal-black, charcoal.’