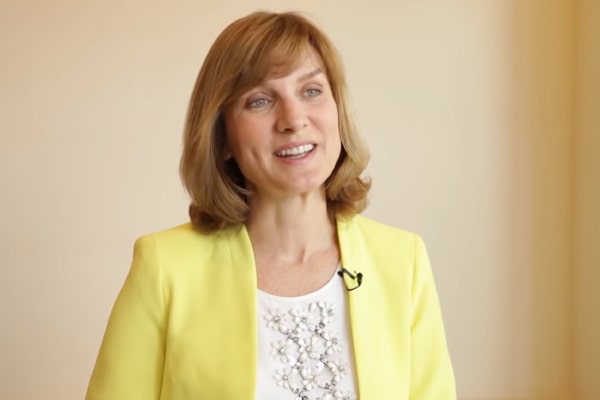 Born Fiona Elizabeth Bruce, Fiona Bruce is a household name in the British TV world. The British journalist, newsreader, and television presenter joined the BBC in 1989. She was the first female anchor on BBC News at Ten. The presenter was named Newscaster of the Year Awards at the Television and Radio Industry Club in 2003.

Regarding her personal life, the Antiques Roadshow host is a doting mother to her two kids, whom she shares with her husband, the Digital Cinema Media non-executive chairman, Nigel Sharrocks. The couple has been married since 1994 and welcomed two children. Their babyboy has already grown up and must have completed his undergraduate studies. Thus, today’s article is about Fiona Bruce’s son, Sam Sharrocks.

Is The First Born

Born in January 1998, Sam Sharrocks is the eldest child of his parents. Three years after, his father and mother welcomed his little sister, Mia Sharrocks, on 6 November 2001.

Moreover, Sam Sharrock’s dad and mom are working parents and work full-time. They are equally ambitious and dedicated to their career. When the eldest Sharrocks was born, his mom was a full-time reporter at Newsnight. She took leave for seven months and took care of him. In contrast, when his younger sibling was born their mama returned to the work in sixteen days which surprised many people.

Addressing the controversy, the Sharrocks siblings’ mom said that she was not a mad career monster who ignored her baby for her work. She returned to work quickly because she worked part-time and read the news once or twice a week, and sometimes at weekends. She also denied that she had felt any pressure from her bosses. Instead, her boss asked if she was sure of her decision.

His Mom Admitted She Didn’t Spend Enough Time With Them

Sam Sharrocks’ mom, Fiona Bruce often expresses her sadness for not spending enough time with him and his sister. However, the journalist revealed she is grateful that Sam and his sibling had the same nanny for twenty years.

Furthermore, in an interview, the doting mother added that there is no such thing as quality time with your kids, she thinks it’s quantity. Although Sam and Mia didn’t get to spend a lot of time with their parents, they must have been influenced by their work ethic and devotion to their respective careers.

Despite the busy schedule and rocking career, Fiona is a loving mother who can’t help but love and care about her children. During the appearance on BBC The One Show, she revealed an important conversation she had with Sam and his sister. Not only that but their mama also expressed her love and concern regarding them.

“Of course you worry more for your daughter”

Fiona Bruce talks about the important conversations she’s had with her children following the death of Sarah Everard.

Despite all the attention from the media, Nigel Sharrocks’ son has successfully led his life away from the public eye. As the guy is already in his mid-20s, he must have landed his dream job. We look forward to hearing more about Sam in the coming days.

Nonetheless, Fiona Bruce’s son has grown up and must be enjoying his life away from the media limelight. In addition, his parents must have supported his career and other decisions. We wish Sam Sharrocks a bright future ahead.

The Hebrew name Sam is usually used as a nickname for Samuel. The name means Told by God and God Hears.