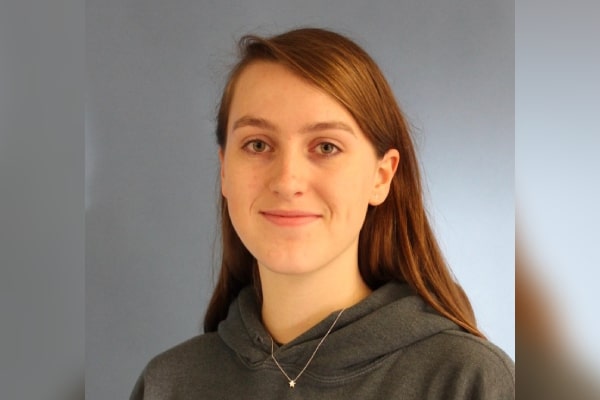 Nigel Sharrocks is one of the renowned figures in the advertising industry. He serves as the non-executive chairman of Digital Cinema Media (DMC). The businessman also previously worked at Warner Bros Pictures UK. He is also recognized as the spouse of Fiona Bruce, a BBC News host.

Talking about Nigel’s personal life, he has been married to Fiona since 1994. In addition, they have two kids, a son, and a daughter together. They have grown up and established their careers. Hence, let’s get to know Nigel Sharrocks’ daughter in today’s article.

The businessman and the news presenter have been married for nearly three decades. The couple welcomed their first baby Sam Sharrocks in January 1998. Afterward, Nigel Sharrocks’ wife gave birth to their second and youngest child, Mia Sharrocks, on 6 November 2001. In addition, the Sharrocks siblings must share a close bond with each other.

Nigel Sharrocks’ wife returned to work just sixteen days after giving birth to Mia. Many people were shocked to see Fiona returning to work so quickly. Responding to the controversy, Mia’s mother shared how she was not some mad career monster. She was only back part-time and went home after reading the news once or twice a week and sometimes at weekends.

When Mia Sharrocks’ elder brother was born, their mother took seven months off as she was a full-time news reporter. So, Fiona clarified how she would have done the same if she was still doing that job when Mia was born. Also, the anchor revealed that she worries about her baby girl more than her son.

“Of course you worry more for your daughter”

Fiona Bruce talks about the important conversations she’s had with her children following the death of Sarah Everard.

Additionally, while the Sharrocks’ siblings’ mother often expresses her sadness for not spending enough time with them, she is also grateful Mia and Sam had the same babysitter for twenty years. It must have certainly provided some ease to the woman who was constantly busy with a handful of BBC projects and other shows.

Fiona further added that there is no such thing as quality time with your kids, she thinks it’s quantity. Also, Fiona Bruce‘s daughter and son seem to understand her work ethic and support her career wholeheartedly.

Talking about Mia Sharrocks’ educational background, she completed her formal education at South Hampstead High School (GDST) in 2020. Afterward, she enrolled at Loughborough University in 2021. The youngest Sharrocks is in the class of 2025 and is pursuing her degree in economics.

Additionally, Nigel Sharrocks’ daughter did an internship as an assistant engineer at ATS Aero from October to November 2018. The beautiful girl also worked as a freelancer with Covid Compliance Team at Ginger Owl Productions in August 2021 for a month.

Talking about Mia’s personal life, she prefers to stay away from the media limelight. Although she has occasionally graced the red carpet with her mom, she has not revealed much about herself. In addition, the beautiful girl does not seem active on any kind of social media platform. Likewise, details regarding Mia Sharrocks’ boyfriend are also scarce. Let’s hope she will open up a bit more in the near future.

Nonetheless, Fiona Bruce’s daughter has grown up to be a beautiful girl. She appears to be focusing on her education. Hopefully, she is having a wonderful time. We wish her a bright future ahead.

How Are Rob Marciano’s Children Mason Anthony Marciano And Madelynn Marciano Growing Up?