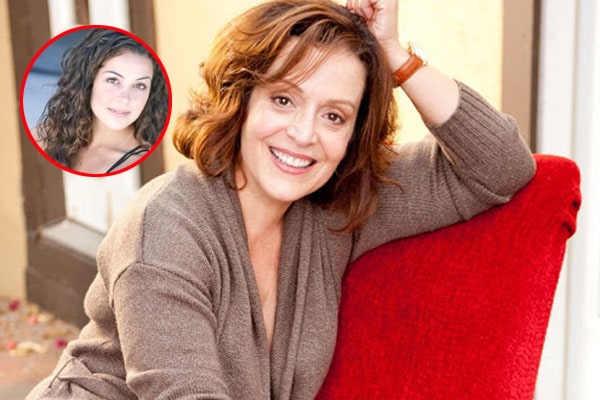 The actress who won the viewer’s hearts as Carmen Ramos on the television soap opera Dallas, Marlene Forte, has been married to Oliver Mayer, a playwright for more than a decade now since tieing knot back in 2006. However, Marlene had four children before her wedding with Oliver Mayer, daughters Giselle Rodriguez-Forte and Alexis Rodriguez, and sons Andre Rodriguez and Christian Rodriguez.

As for now, here are the five facts you should know about Marlene Forte’s daughter Giselle Rodriguez-Forte, the firstborn of the talented actress.

Giselle Rodriguez-Forte was born in New Jersey during a blizzard in the 80s to actress Marlene Forte and her high school sweetheart, who later separated. Giselle attended the University of Southern California, where she graduated with Masters of Professional Writing Program. As she has studied vividly on professional writing, Giselle has been actively participating in writing and producing articles for various magazines and was the associate producer at Condé Nast Entertainment in Manhattan, N.Y back in 2014.

Giselle was also part of the Vanity Fair production team and produced content for Glamour magazine and Style, also part of Condé Nast. We can see that she has established herself as a hard-working and passionate writer, being able to be part of high-end magazines.

Before focusing totally on writing and producing articles, Giselle was swinging more towards the acting phenomenons. She was the undergraduate of Montclair State University for theatre, dreaming of being an actress like her mother, Marlene Forte. And she spent many years in the film industry starring on TV series like The Ho’s on 7th Avenue and Little Man and doing various advertisements. However, she came to understand that she did not adore acting like her mother and decided to choose another career path.

Despite the success she was having from being a TV star and an advertisement actress, Giselle left behind the limelight and chose her dreams to pursue. Well, she did bless the acting industry by her beautiful looks and acting even for a while.

The gorgeous Giselle Rodriguez-Forte is of Cuban and Spanish descent, as her mother Marlene is a Cuban ethnic woman leaving her father to be of Spanish descent. However, not many things have been revealed about her father as she was born to a young high school couple, which broke after some years of togetherness. Well, this may be the reason behind the beauty of Giselle, belonging to such a diverse culture.

We can see that she has inherited her mother, Marlene Forte’s beauty and acting skills too. Sadly, she no longer appears on the screen, but she is happily writing and producing the articles she is proud of.

4) Eldest Of The Siblings

Marlene Forte’s daughter Giselle Rodriguez-Forte is the oldest one out of her three other siblings. She has two brothers named Andre Rodriguez and Christian Rodriguez, and a sister named Alexis Rodriguez. We can assume that all were born from Marlene’s past relationship. However, the name of the father has not been revealed yet.

The firstborn of Marlene, Giselle, is also a vivid traveler who enjoys the views and surroundings of new places. She seems to take time out of her schedule and enjoy breaks once in a while. Giselle also travels with her mother and step-dad, siblings, and friends. As we know, traveling new places not only helps in one’s regeneration but also helps in making relationships healthy. We hope the travel trip have made Giselle bright and lovable toward her relationship with others.

We hope that Giselle keeps on getting opportunities to do the thing she likes and be able to travel to many beautiful places. We give the best wishes to Giselle and her family.

The name Giselle is of French origin, meaning “bright pledge.”