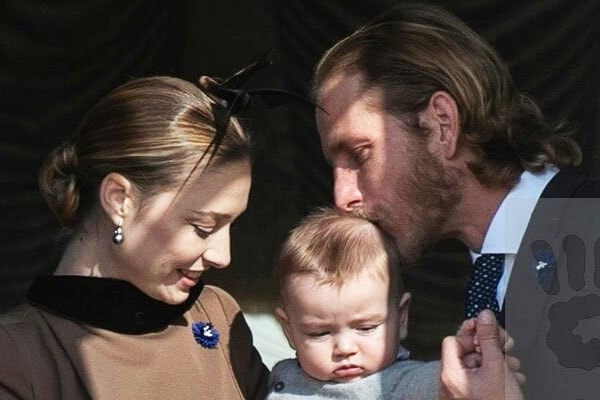 The member of the ancient aristocratic House of Borromeo, Beatrice Borromeo’s son, Francesco Carlo Albert Casiraghi, was born on 21 May 2018. The youngest son of Beatrice and Pierre, Francesco is the little brother of Stefano Ercole Carlo Casiraghi.

The Italian television personality, Beatrice Borromeo and her husband, Pierre Casiraghi,  walked down the aisle in a religious civil ceremony on July 2015 on Isola Bella. The six months old Francesco is the young cousin of Alexandre Andrea Stefano, India, and Maximilian Casiraghi.

The young and six months old is not the only child in the family and is the little brother of adorable big brother Stefano  Ercole Carlo Casiraghi. Likewise, Beatrice and Pierre’s new bundle of joy, Francesco has brought upon excitement in the family and the parents are overjoyed by his arrival.

The news that the soulmates, Pierre and Beatrice, expecting a baby spread earlier this year. However, the fairytale couple never confirmed the news. Furthermore, the mother of two adorable younglings kept her belly under wraps until March. The stunning Beatrice dazzled in a beautiful figure-hugging velvet Alberta Ferretti gown at the Monaco Rose Ball.

Tenth in Line For The Throne

Casiraghi and Borromeo confirmed expecting their second child at the Bal de la Rose in March in the year 2018. Likewise, the secondborn baby boy, Francesco Carlo Albert is the 10th in line for the throne after his big brother, Stefano, who was born in February 2017. Besides that, the royal babies Alexandre Andrea Stefano, India, and Maximilian Casiraghi are in the fifth, sixth, and seventh line for the succession of the throne.

Monaco’s royal palace announced the happy news in a statement from Pierre and Borromeo’s mothers, that read:

“Princess Caroline of Hanover and Countess Donna Paola Marzotto are delighted to announce the birth of their grandson, born on 21 May 2018. He is named Francesco Carlo Albert.”