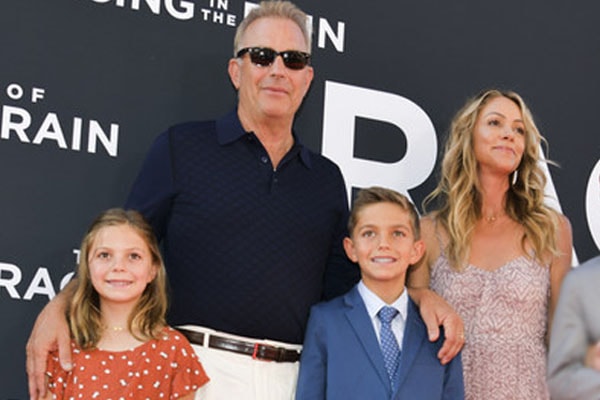 The lovely Grace and Hayes Costner’s parents Kevin and Christine got married in 2004 at his 165-acre ranch in Aspen and have remained together ever since. However, Christine is not the only wife of Kevin Costner. Kevin got married to his ex-wife Cindy Silva Costner in 1978 and got divorced in 1994 after 16 years of marriage. The former couple share four children together named Annie Clayton Costner Cox, Joe Costner, and Lily Costner.

Not only that but, Kevin Costner’s children Grace and Hayes also have other half-sibling named Liam Timothy Costner from their father’s relation with Bridget Rooney. Finally, Cayden Wyatt Costner is the eldest sibling among Hayes and Grace.

Kevin Costner’s daughter Grace Avery Costner was born on 2nd of June 2010 in LA, California. She is the youngest among all the Kevin Costner’s children so; obviously, she receives all the love and attention from her parents and siblings and might be having a wholesome childhood.

Grace is sometimes spotted enjoying her time with parents and siblings at high-profile events and star-studded bashes.

The Middle Son, Hayes Logan Costner Was Born in 2009

As mentioned above, Hayes is the middle child of the famous established actor Kevin Costner who was born on the 12th of February 2009. Kevin Costner’s son is seen attending award functions and star-stunned events along with his parents and siblings.

However, not much information regarding Hayes’ education and lifestyle is out in the media. But it is quite apparent that he must be in his mid-school and enjoying his childhood growing up with two adorable siblings to accompany by in a well-heeled household.

Grace Avery Costner: Grace is a girl’s name which gives the meaning of “eloquence.” Also, the name Avery means “ruler or power.”

Hayes Logan Costner: Hayes is a male given name which gives the meaning of “hedged area.” Whereas Logan is a Scottish surname which means “hollow.”