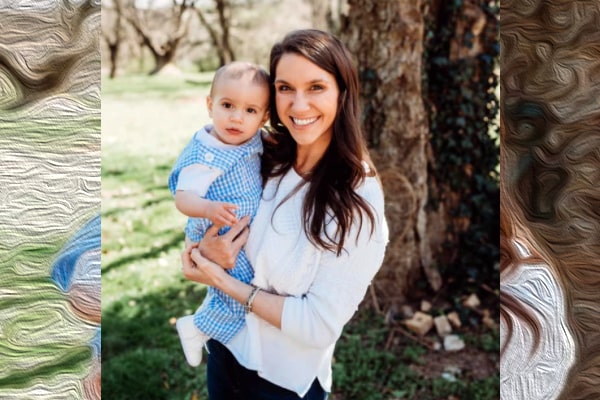 Gus Malzahn is a doting father of two daughters with wife, Kristi Malzahn. The Malzahn couple got married in 1988 when Kristi was in college. As a result, their career and marriage were launched simultaneously, and hence, they could watch their baby girls grow up.

Here, we shall talk about Gus Malzahn’s daughter, Kylie Malzahn, and her whereabouts.

As mentioned earlier, Gus Malzahn and Kristi Malzahn were childhood sweethearts and got married in 1988. Kristi was still in college when they tied the knot.

Furthemore, Gus knew his dreams to become a coach at a very young age, and Kristi always wanted to become the best mother and wife. Thus, the Malzahn couple embraced parenthood as they welcomed their first baby girl, Kylie Malzahn, into the world.

Unfortunately, details about Kylie’s childhood are not available, but she sure had fun growing up. Moreover, she grew up with a younger sibling, Kenzie Malzahn, born not too long after herself.

Likewise, Gus and Kristi raised their children to be outspoken and opinionated. Thus, Kylie was loved and pampered, and when it came a time for Gus to send her off to her husband’s home, he remembered how good of a daughter she’s been.

Kylie Got Married To Collin Peek in 2016

Gus Malzahn’s daughter, Kylie Malzahn is a married woman. She married her long-time boyfriend, Collin Peek, on May 20, 2016, blessed by her parents and family.

Furthermore, she exchanged vows with the love of her life in Nashville on Saturday, 14 months after her sister, Kenzie, tied her knots. While talking to AL, the head coach revealed that he and his wife were very excited to send their daughter off.

Gus further added that Kylie had been a wonderful daughter, and they’re looking forward to her big day. He did not miss mentioning that Kylie was special for him and his wife.

The excitement Kylie had to get married to her partner exceeds that of her parents nevertheless. She uploaded a picture of herself and Collin with a caption, “We’re getting married in 3 days”. She concluded the caption by saying the state of Tennessee is okay with their wedding.

As of now, Kylie is happily married and a mother of two kids. She often posts about her family and never misses to wish her husband on special occasions like their anniversary.

On their 4th wedding anniversary, Kylie uploaded a loving post wishing her partner. The pair seem to be in love and are doing great together as a couple and a parent.

As mentioned earlier, Gus Malzahn’s daughter, Kylie Malzahn, is a mother of two boys. Kylie embraced motherhood in March 2018 after she welcomed her first child, Anderson James Peek. He was born at 4 am, measuring 19.5″ long, and weighed 6lbs 5oz.

Moreover, Kylie went on to make updates of her baby boy’s growth every week and month. In addition, she continues to wish him on his birthdays via her social media. Thus, Anderson is dearly loved by both his parents.

Also, Kylie gave birth to her second son, Arthur Elliott Peek, in December 2019. The new mom announced the arrival of her son via Instagram post, revealing he was born at 4:34 am, measuring 20 inches and weighing 7lbs 6oz.

The Peek brothers have built a tight bond with their parents and often have fun outdoors. Well, Gus Malzahn’s daughter, Kylie Malzahn Peek, has grown into this amazing woman and a mother of two wonderful boys. Thanks to her active social media indulgence, we hope to see more of her in the coming days.

The name Kylie means bright and beautiful and has Irish origin.