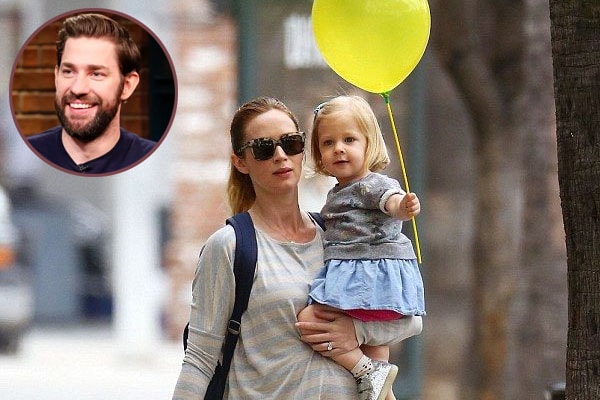 The American actor John Krasinski‘s daughter Hazel Krasinski was born on the 16th of February 2014. Hazel is the first child of John whom he had with his wife Emily Blunt.

The cute Hazel is the eldest daughter of John Krasinski and Emily Blunt. She has got a younger sister named Violet Krasinski. John was delighted by his daughter’s birth and announced the birth of his daughter directly on his Twitter account.

Not many may have noticed this, but John Krasinski’s daughter Hazel Krasinski had a small role in the thriller movie A Quiet Place. Well, Hazel is not present in the movie herself but her picture is. There is a photo of Hazel in a swimming pool, so we can count it as a cameo.

John doesn’t upload a lot of photos of his children. He posted the photo of his daughter Hazel Krasinski almost after three months of her birth.

Pics of kids should only come direct from parents. So I’m thrilled to introduce you guys to Hazel!!! #NoKidsPolicy pic.twitter.com/qVvUTRdllP

During an interview with Jimmy Fallon, who himself has got two lovely daughters named Winnie Rose Fallon and Frances Cole Fallon, John stated that his daughter is manipulative and has got negative Jedi powers. Hazel Krasinski’s father John further added that his favourite colour was blue which later changed into purple thanks to her daughter.

While their trip to Hawaii, Emily took a horse for a ride. Obviously, her mama was by her side to make sure she doesn’t get any harm. Hazel has definitely inherited the good looks of her parents, now only time will tell us if she has inherited their acting skills or not.

The name Hazel is derived from the Old English ‘hæsel.’ It is a type of tree which has a greenish-brown or a reddish-brown colour.