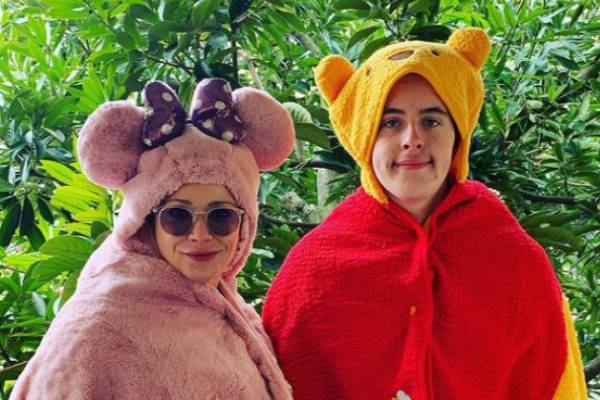 Lauren Michael Holly is one of the only few Hollywood actresses who has found success on big and small screens. Even though she started to work from an early age, her role in CBS’s Picket Fences opposite actor Tom Skerritt gave her a big break in the industry. Lauren Holly‘s career reached its peak when she starred alongside her ex-partner Jim Carrey in the 1994 comedy film Dumb and Dumber. Her other works include NCIS, Motive, Dragon: The Bruce Lee Story, and Beautiful Girls.

Holly’s professional life has been at its peak for ages, her personal life, on the other hand, is an entirely different story. Lauren has been married thrice: first to Danny Quinn, then Jim Carrey, and finally to businessman Francis Greco.

Sadly, none of her relationships could withstand the ups and downs and did not survive the test of time. Well, her marriage to the businessman lasted approximately thirteen years. During that time, the former couple adopted three children. However, the now-divorced couple hasn’t revealed much about their kids.

So, why don’t we get to learn about Lauren Holly’s son, Henry Greco, in this article? Let us also see how the celebrity child is growing up.

Lauren Holly married Francis Greco on March 10, 2001, and they adopted their eldest son Alexander Joseph Greco only months after lawfully becoming husband and wife. The couple then adopted sons, Henry Greco and George Greco. However, when they were adopted is not known.

According to People, Henry’s mother had always wanted to adopt children, and her then-husband was highly supportive of her decision. So, we can assume that they loved and cared for their sons.

Unfortunately, after staying together for years, Henry Greco’s parents chose to separate, and their divorce was finalized in 2014. Henry and his elder brothers decided to live with their mother after their split. Even though it was difficult for Lauren to raise the kids on her own, she has done a terrific job in raising her sons to become well and responsible adults.

The proud mother also frequently shares pictures of her kids on her Instagram account. Moreover, the loving mother does not forget to wish her sons on their birthdays. Looking at the photographs, it is pretty evident that the youngest of Lauren Holly’s kids is very close to his mother.

While his mother has no problem letting her admirers get a glimpse of their life, his father has opted to stay out of the spotlight. Seeing as all three of Holly’s children have embraced his surname, one can assume that they have a good relationship with one another.

So, let us express our best to Lauren Holly’s son and hope that his future is filled with happiness and success.

Like any other celebrity kid, Lauren Holly’s son also enjoys a life filled with luxuries. The children frequently travel to various locations with their mother and grandparents. Henry obviously has access to the finer things in life. Despite this, the celebrity kid is not arrogant about the riches he is accustomed to.

At present, Lauren Holly’s children are growing up with a parent who is a household name in Hollywood. As a result, the kids are directly exposed to the world of entertainment. So it would not be surprising if one of her children developed an interest in acting.

However, Lauren Holly’s kid appears to be a person of secrecy, so his interests remain a mystery. Henry is either not active on any social media platforms or does an excellent job of keeping his social media accounts hidden from the public. Consequently, the admirers are at a loss for words when it comes to discovering details about the celebrity child.

Regardless, looking at the photos on Holly’s Instagram, it seems like Henry is in good health and is currently enjoying his time in school. Let us hope that we hear from him as the years progress.

Derived from the name Henri, Henry is a typical French name that means house ruler.