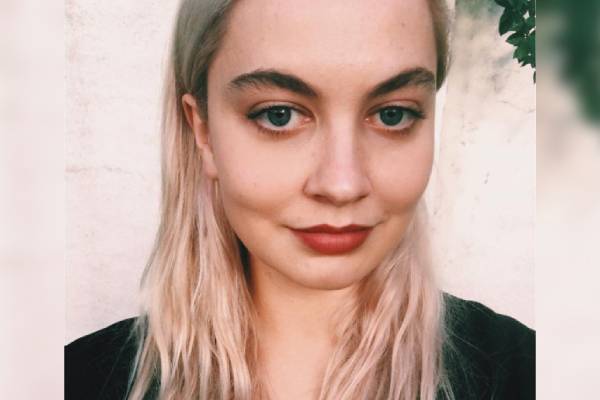 Lord Of The Rings actor Hugo Wallace Weaving is no stranger to us. People consider him one of the greatest Hollywood actors of all time because of his long-lasting influence in the entertainment industry. Moreover, Hugo Weaving has won numerous awards for his talents, including the Satellite Award for Best Supporting Actor for Patrick Melrose.

Owing to Weaving’s success in his professional life, his personal life has also gained much media attention. On the other hand, the actor appears to be someone who keeps his personal life out of the spotlight. As a result, little information about his partner and children is available on the internet.

So, let us learn about Hugo Weaving’s daughter, Holly Weaving, and see how she is growing up.

Only Daughter Of Hugo Weaving

Hugo Weaving and his partner Katrina Greenwood welcomed their daughter Holly Greenwood in 1993. The LOTR star and his girlfriend raised their little girl away from the influence of media. As a result, Holly’s upbringing remains a mystery. However, Hugo’s daughter has grown up to be a wonderful woman, so one may presume that the actor did a good job raising his child.

Holly has an older brother, Harry Greenwood/Harry Weaving, born in 1989, and she is a caring sister to him. Harry is an actor by profession and has appeared in films and television shows such as Total Control, The Nightingale, Anastasia, and Bad Mothers. The siblings are close and frequently appear on each other’s Instagram.

Moreover, Harry also makes sure to share pictures and wish his little sister on her birthdays.

Holly also shares pictures of her mom and dad and looking at the photos, it is evident that she has a great relationship with her family. Furthermore, Hugo Weaving’s daughter frequently travels to different places with her family.

So, let us express our best to Holly Weaving and hope that her relationship with her family strengthens with time.

Took On After Her Mother

As mentioned above, Holly’s brother followed in their father’s footsteps and chose to pursue a career in acting. It is safe to state that many expected the same of the youngest of Hugo Weaving’s children.

Unfortunately, it looks like the youngest of the Weaving siblings has opted not to follow suit. Instead, Holly completely takes after her mother, not just in appearance but also in her artistic nature.

According to Holly Greenwood’s Instagram bio, she is a professional artist who has a talent for painting abstract arts. Her Instagram feed is filled with amazing paintings. In addition, her works are displayed at the Olsen Gallery in Sydney and the James Makin Gallery in Melbourne.

For the time being, it looks like Hugo Weaving’s daughter is content with having her paintings showcased in other art galleries. However, we hope that the celebrity daughter will launch her own art gallery in the near future.

Who Is Hugo Weaving’s Daughter Dating?

As Hugo Weaving’s daughter, Holly has a significant fan base who frequently inquires if the attractive painter has married. Unfortunately, the answer is no, the artist is still unmarried. However, if her male admirers aspire to be Holly Greenwood’s husband in the future, they will be disappointed to learn that she is not single.

Holly is in a relationship with Hugo Muecke and has been for many years. The talented artist is not hesitant to show her affection to her boyfriend in public. Greenwood’s sweetheart is also an artist and the two even exhibited their work Bush Towns at Darlington’s Sheffer Gallery. So, the two could have bonded over their shared interest in arts.

The duo likes going on adventures and is frequently seen visiting new places and going on vacations. In addition, it looks like Holly Weaving’s boyfriend is close to her family and often spends time with them. They also appear to have a soft spot for animals, as they are commonly photographed posing with various animals. Looking at the photos, it’s clear that the two are head over heels in love.

Despite spending so much time together, Hugo Weaving’s kid has yet to tie the knot with her lover. However, given how much the pair adore each other, their wedding day might be just around the corner. If they decide to take the next step in their relationship, we hope that Holly and Hugo will share the news with their admirers.

Holly is a gender-neutral name of English origin that means a plant with red berries.

Cee Lo Green’s Son Kingston Johnson – Is He Involved In The Music Industry?