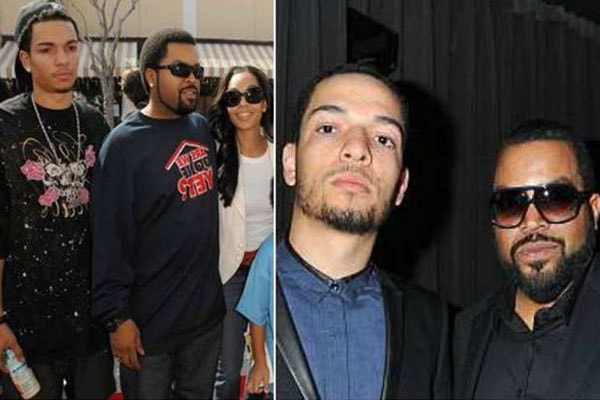 Ice Cube‘s son Darrell Jackson was born on the 29th of December,1992. Ice had Darrell with his wife, Kimberly Woodruff. He is the second son of rapper Ice Cube.

Darrell Jackson is not the only one in the family, he has got two brothers named O’Shea Jacckson Jr. and Shareef Jackson, and two sisters named Karima Jackson and Deja Jackson. Like his father, Darrell is also a rapper who goes by the name of Doughboy. And ‘Doughboy’ is the name of Ice Cube’s character from his debut movie “Boyz n The Hood.”

Ice Cube’s Son, Darrell Jackson Is A Rapper Like His Father

It looks like Darrell is following the footsteps of his father. He may not be in the acting business like his brother O’Shea Jackson Jr. who has an estimated net worth of $3 million but has made his name as a rapper. As stated earlier, Darrell Jackson’s rap name is Doughboy and has also collaborated with his father, Ice Cube.

Alongside Ice Cube, Darrell has also sung rap songs with his elder brother O’Shea Jackson Jr. who goes by the name of Oh My Goodness (OMG.) He has got an excellent bonding with O’Shea, as the pair are often spotted together. And if you go through Darrell Jackson’s Instagram feed, you will see how much he adores his father and shall find plenty of posts related to Ice Cube.

As a rapper, Darrell seems to be focusing on his career. He might be working hard to release new songs and albums. With over 10.9K followers on his Instagram, he is certainly building a platform to make a mark like his dad in the music industry.

Darrell Jackson’s father, Ice Cube, is the founder of Lench Mob Records, a record label. It looks like Cube has given the responsibility to Darrell to search for new and emerging artists as he often uploads posts regarding Lench Mob and how it is in search of new artists.

Got Arrested By Police

And after they would know who their father is, they would release them immediately. So, Darrell has been arrested by the police in the past.

Handsome Darrell Jackson was in a relationship with a beautiful girl. Though Darrell Jackson’s girlfriend’s name has not been disclosed, she has an Instagram account under the name of “jay_ruby5.” The pair were so much in love with one another.

But, as of June 2020, it’s not sure if Darrell and his girlfriend are still together or not. Going through Darrell’s Instagram profile, he has most probably deleted most of his photos. But they might even be together, who knows.

Nevertheless, Darrell has kept his love-life super low-key and probably does not want to share it with the media at all. We hope to know who the lucky girl is and stole the hearts of one of the Ice Cube’s son.

The name Darrell has a French origin. It dates back to the 11th Century and derived from Norman-French d’Airelle, which is a French word for huckleberry.