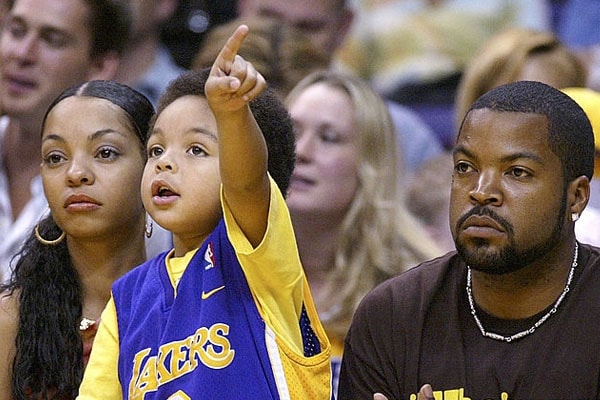 As mentioned above Shareef is the third son of Ice Cube, he has got two elder brothers and also two sisters. His brothers’ names are O’Shea Jackson Jr., and Darrell Jackson aka Doughboy and his sisters’ names are Karima Jackson and Deja Jackson.

Well as far as it goes, O’Shea Jackson Jr. is a replica of Ice Cube, but Shareef is no different either, he also shares an uncanny resemblance with his father Cube. If you ever imagine what Ice Cube looked like when he was younger, then just look at Shareef, you will find no difference.

Just because Shareef doesn’t rap doesn’t mean he is not close to his father. Shareef tends to spend a lot of time with his rapper father, Ice. They go to watch Basketball games together, visit a zoo and tend to have a lovely father-son time. By the looks of it, Ice Cube’s son Shareef seems to be a huge basketball fan as most of his photos are of him in a basketball jersey. Apart from basketball, Shareef also enjoys watching football.

Shareef doesn’t seem so much into rap as his brothers. As both of his brothers have collaborated with his father Cube. If ever Shareef decides to be a rapper or even an actor then he has got plenty of people to look up to. We all know his father O’Shea Jackson aka Ice Cube is a famous rapper and an actor, his elder brother O’Shea and Darrell go by the name of OMG (Oh My Goodness) and DoughBiy respectively. Many people must be wondering what would Shareef’s rap name be if he ever steps in the rap game.

Shareef is not only close with his father Ice Cube but his elder brothers as well. As stated earlier, the 23-year-old Shareef enjoys football, so he goes with his siblings and dad to enjoy a good game of football too.

The name Shareef has an Arabic origin. It is derived from the word “Sharif” meaning ‘virtue.’