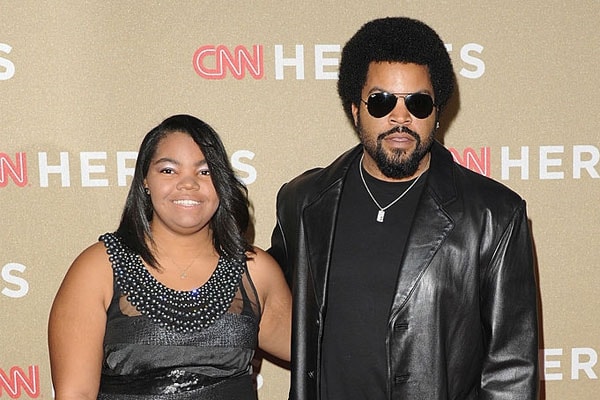 Ice Cube has got a daughter named Karima Jackson

Actor Ice Cube‘s daughter Karima Jackson was born on the 17th of February, 1994 in Los Angeles, California. O’Shea Jackson aka Ice Cube had his first daughter Karima with his wife, Kimberly Woodruff.

Karima is not the only daughter in the family. She has a younger sister named Deja Jackson. Alongside that, Karima has got three brothers named O’Shea Jackson Jr., Shareef Jackson, and Darrell Jackson aka Doughboy.

Ice Cube’s Daughter Karima Jackson Is A Woman Of Privacy

It looks like Deja Jackson is not the only one who tends to stay away from the media limelight. Well, Karima is the same. The two sisters have a lot of things in common including not having a social media handle. Like Deja, Karima too is yet to enter the world of social media. Despite that, there are a lot of differences between the Jackson sisters. At times Karima is spotted with her father Ice Cube and other members of the family, but Deja is yet to be seen by many people.

As far it goes, Karima and Ice Cube share a loving bond. She accompanies Ice Cube, and the father-daughter duo tends to spend a lot of quality moments together. They are often seen with each other, whether it be for a premiere of a movie or attending some shows.

We bet Karima is also close to her brothers. Details regarding Karima’s career has not been revealed yet though many sites claim that she has an M.A. degree and is an employee at Rutgers University Newark. If Ice Cube’s daughter Karima wants to enter the entertainment industry and do something there, then her celebrity father has got plenty of connections which is definitely a plus for her.

We must give props to Karima though. Despite being the daughter of a top celebrity like Ice Cube she has been able to keep her details all private and secret and away from the media limelight.