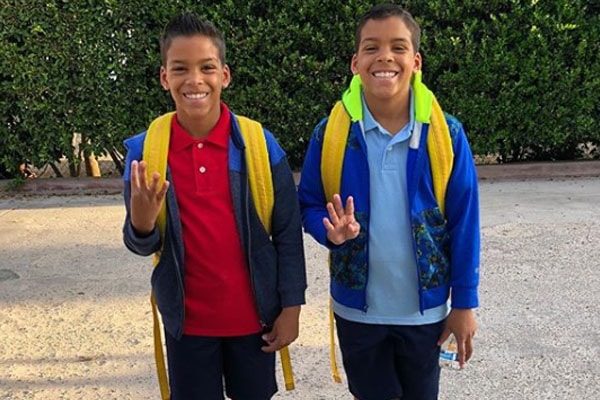 The ‘Basketball Wives’ star Gloria Govan‘s son Isaiah Michael Barnes was born on the 6th of November 2008. During the time of birth, the little Isaiah weighed 5 pounds 14 ounces. Gloria had her kid Isaiah with her ex-husband Matt Barnes.

Isaiah arrived into this world alongside his small twin brother Carter Kelly Barnes. There is a difference of six minutes between the twin brothers. Besides one another, they don’t have any siblings. But at the moment, their father’s partner or Matt Barnes’ girlfriend Anansa Sims is pregnant. So the handsome Isaiah can be getting a half-sibling any day now.

The 10-year-old son of Gloria Govan is quite famous on Instagram. He has got an Instagram account under the name of “theisaiahbarnes” which has got over 2000 followers as of November 2018 and hasn’t posted anything yet. Well, he has got another Instagram profile under the name “thebarnesboys” which is run by his mother, Gloria Govan. It has got over 29.4k followers in it and is filled with photos and videos of his alongside his small twin brother Carter Kelly.

If you go through the account, you will see how much close Isaiah Michael is to his brother Carter Kelly. The duo of the twin brother tends to spend a lot of time together. Alongside going to school together, they go swimming, play basketball, golfs, soccer matches together. And like most of the twins, they also wear matching clothes a lot.

People often get confused while determining who is who, well Gloria Govan’s son Isaiah Michael is the one who has his hair down and his brother Carter Kelly is the one who keeps his hair up.

Isaiah Michael’s mother Gloria has got a clothing line named “Kelly Michael.” Gloria started the clothing line with a kindergarten teacher named Christopher Heller. They provide different products which include sweatshirts, coats, t-shirts, and others.

The name Isaiah is derived from Yesha’yahu, a Hebrew name which means YAHWEH is salvation.

As for the name Michael, it is a diminutive form of mīkhā’ē’l which means “Who is like God?”