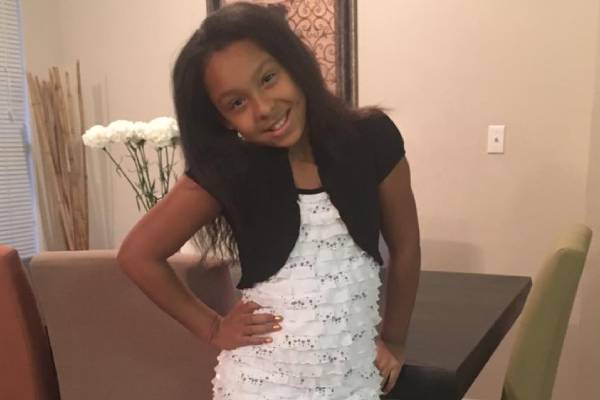 Isis Rae Boykin is the daughter of late television personality Christopher Boykin and his former wife, Shannon Turley. As the only child of her parents, Isis is undoubtedly pampered and loved.

Today let’s learn in detail about how Christopher Boykin’s daughter, Isis Rae Boykin, is growing up and her childhood.

Only Child of Christopher Boykin and Shannon Turley

As stated above, Isis Rae Boykin is the only child of the popular television personality Christopher Boykin and his ex-wife, Shannon Turley. The ex-pair tied the knot in 2008 after dating for several years.

According to Heavy, they were in a relationship when Rob & Big was on the air.

The former pair welcomed their daughter, Isis, in 2008. However, they have not revealed her exact date of birth and where she was born.

Moreover, the couple’s marriage ended in 2009, only a year after their wedding. But despite their differences, they co-parented their only child till Christopher’s death.

Lost Her Dad At An Early Age

Despite the enormous fame and popularity that he has acquired, Christopher Boykin shared very little about his life. Even Isis Rae Boykin’s mom, Shannon Boykin, rarely talked about personal stuff. As a result, many were shocked when she announced that Boykin, who is also well-known as Big Black, had died.

Isis Rae Boykin’s dad, Christopher, took his last breath on May 9, 2017, after suffering a heart attack. He was admitted to the hospital in Plano, Texas, in early May 2017 and was placed on a heart monitor.

On the 9th of May, Boykin’s heart stopped, and staff spent 30 minutes trying to revive him. After several unsuccessful attempts, he was pronounced dead at 4:00.

Christopher Boykin’s daughter, Isis, was nine years old at the time of his death. As soon as his former wife, Shannon, shared the news of his death via his Twitter, several fans, well-wishers, and fellow actors flocked to social media to share their grief and offer their deepest condolences.

This is Shannon, Big Black’s ex-wife, I’m heartbroken to tell you of Black’s passing. He’s everything to me and Isis and we will miss him 💔😢

It must have been really tough for Isis to lose her father at such young age. However, her mother is looking after her with immense love and care.

Has Made A Television Appearance

Being a child of an actor might have motivated Isis to follow in her parent’s footsteps. Isis Rae Boykin’s dad, Christopher Boykin, gained fame from the reality television series Rob & Big, where he starred along with Rob Dyrdek.

Therefore, it is no surprise that Christopher Boykin’s daughter, Isis, made her television debut on an episode of Rob & Big. However, the young girl has not made any more big or small screen appearances.

It is unclear if little Isis Rae will follow in her father’s footsteps. Well, only time will tell.

Her Dad Had Set Up A College Fund For Her

Aforementioned, it must be tough for Isis as she lost a parent at such a young age. Her dad had been ill for quite sometime before his death. But even when he was unwell, he always prioritized her future above anything.

As per TMZ, Isis’s dad had set up a college fund for her which will cover much of her education. Boykin became smart with investments and saved up money for his daughter’s education. So, even after his death, he made sure that his little girl will have a comfortable life.

As stated earlier, Isis is Christopher’s only daughter with his former wife, Shannon. And as an only child, she is surrounded by immense love and affection. Her dad, Christopher, used to share her pictures on his Facebook while he was alive.

Boykin used to take his daughter to several places and buy gifts and toys for her. He managed to care for his little girl and tried to fulfill her every wish.

Sadly, we will never get to see the father-daughter together anymore. But let’s hope Isis Rae Boykin will honor Christopher’s legacy and make her dad proud in the coming days.

The name Isis has an Egyptian origin, which means “woman of the throne.” Similarly, the name Rae has an English origin and is the diminutive form of Rachel or Raymond.