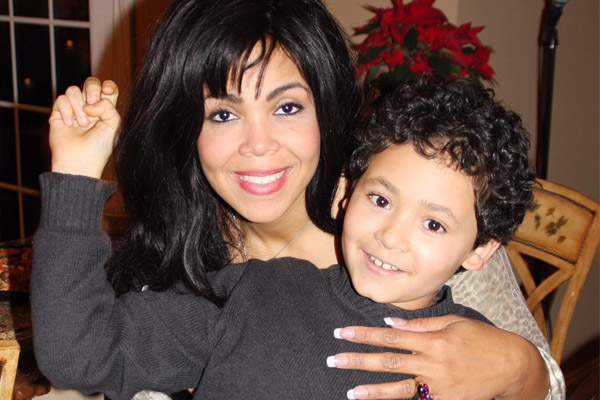 The greatest boxing champion of all time, Late Muhammad Ali, had nine children from various affairs and marriage. Among them, Khaliah Ali-Wertheimer is the fifth among Ali siblings. Besides gaining fame as Muhammad Ali’s daughter, Khaliah has achieved popularity as a fashion designer, author, and real estate agent.

Addressing the personal life of Khaliah, she is a married woman and a mother of one. Khaliah Ali has a son named Jacob Wertheimer with husband Spencer Wertheimer.

So, here, meet the humanitarian Khaliah Ali’s son Jacob Wertheimer and know some facts on his celebrity life.

The 21 years old son of Khaliah Ali with her long time husband, Spencer Wertheimer, Jacob, is a prelaw student at Harvard University. Before enrolling in Harvard, Jacob completed his high school in Haverford High School.

The emerging activist Jacob Wertheimer is also a student-athlete at Harvard. Wertheimer is in the Track and Field team at his University. As for Jacob’s career in Track & Field, he appeared in his first 60m and finished with a 7.54 at the Boston University in its season opener during the preliminary round.

Moreover, Jacob recorded a season-high 45.17m in the Javelin throw at the 2019 Harvard-Yale Match. Before that, he had filed a career-high 49.27m in the same game at the UMass Lowell Invitational in 2017.

Although Jacob’s mother, Khaliah, is a Muslim by birth, she tied the marital knot with a Jewish man Spencer Wertheimer. Accordingly, their son Jacob also became Jewish. So, it’s a must ritual for Jacob after reaching the age of thirteen.

Khaliah Ali’s son with spouse Spencer Wertheimer, Jacob, had his bar mitzvah in 2012 at Philadelphia. He was invited to Torah at the historic Congregation Rodeph Shalom. One hundred and fifty people attended his bar mitzvah, including his grandfather Muhammad Ali.

Jacob’s grandpa, Muhammad Ali, was not only famous for his exploits in the boxing ring. Also, he devoted his whole life to fighting for social justice. And, some of his children and grandchildren inherited the same spirit of activism.

Four years since you passed, but I carry all you shared with me every moment. In times like this it is your memory which guides and inspires me. I love you Grandfather, you truly are and always will be The Greatest. #MuhammadAli #BLM #JusticeForGeorgeFloyd #FightRacism #EndRacism pic.twitter.com/Zd7wdTm5nM

Jacob thinks that it is on the younger generation to take the initiation in regards to protesting and speaking out against violence and injustice. And mostly youths are the ones who can be vocal about ensuring equality of people of all different colors, religious beliefs, or sexual preferences. The grandson of the humanitarian Muhammad, Jacob, is following his family’s legacy of social service.

Jacob Ali-Wertheimer also wants to be a change-maker like his remarkable grandpa. And, his mother, as well as the whole world who are against racial injustice, are with him.

The boy name Jacob is of Hebrew origin, which means ‘Supplanting.’