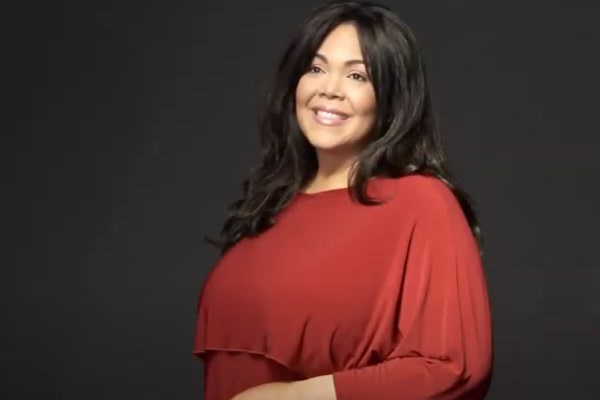 Muhammad Ali is unarguably one of the greatest boxers of all time. He has an impressive record of fifty-six wins, thirty-seven knockouts, and five losses. After retiring from the boxing ring, fighting several heavyweight boxers, Ali fought with Parkinson’s disease from 1984. Unfortunately, the world lost it’s a precious gem, Ali on 3 June 2016.

Besides his unforgettable legacy, Muhammad Ali left behind nine children born from his relationship with different women. And, among the nine, Khaliah Ali is the one whom Ali had with his extramarital affair with Wanda Bolton, aka Aaisha Ali.

Here, meet the fifth daughter of Ali, Khaliah, and get to know some unknown facts on her, which you might not want to miss.

The legendary boxer Muhammad Ali’s daughter, Khaliah Ali, inherits his humanitarian nature. She is continuing her father’s activism for social justice. Khaliah is working to her best to make a difference in the struggle of Afro-American peoples against racism.

After the killing of George Floyd by the American Police, Khaliah, along with other Ali’s Children, became the part of a massive protest against racial injustice happening in the United States and over the globe. She intends to use her learnings and experiences to dismantle the systematic racism and oppression that still exist in the world.

Khaliah works with a multitude of organizations, including the Philadelphia Juvenile Law Center, for racial quality. She feels that it’s the best way to honor her great father and keep a piece of him alive in the people’s hearts.

She Is A Talented Fashion Designer

Besides being a devoted humanitarian, the talented daughter of the People’s Champion, Khaliah is also a Fashion Designer. Over the years, she has built a career as a fashionable fabricator.

Khaliah Ali also does work with an online boutique with the name ‘ShopHQ.’ In her shop of fashionable clothes and accessories, women can buy as per their body’s shapes and sizes. She has experience in pattern collection for two decades, and her designs land to her understanding of the fit, making women feel great and comfortable.

Khaliah’s fashion designs are not just limited to her Instagram. ShopHQ also has a YouTube page where her team continually adds new products, daily deals, web exclusives, and more. The page has over 16K subscriptions from new trend lovers around the globe.

Wrote A Book To Help People Struggling With Obesity

Besides being a fashion designer, and even a real estate agent, Khaliah Ali is an author too. She is the author of the book ‘Fighting Weight.’

Khaliah struggled with obesity for most of her life. With a dad famous for his athletic abilities and sister Laila Ali following his footsteps, she experienced insecurity about her weight. Khaliah did her best with many diets and weight-loss programs. However, her hunger always got the best of her. Her poundage reached her most substantial 325 pounds, and even with diet and exercise, she could not succeeds in reaching below 220. Finally, she tried ‘Laparoscopic banding,’ which helped her step out of her shell.

Hence, Muhammad Ali’s daughter Khaliah decided to help others lose their weight through her non-fiction book. In the book, she explained the struggles she went through and the mechanics of the surgery. Her book undoubtedly might have assisted lots of people to fight their obesity problem.

Married To An Attorney In Philadelphia

The beautiful Khaliah Ali is a married woman. She tied her marital knot with a Philly Lawyer, Spencer Wertheimer, in 1998.

Khaliah and Spencer met for the first time in an event at Penn Annenberg Center in 1997 through their close friend Jacqui Frazier-Lyde. The beauty of Khaliah attracted Spencer the moment he saw her. Some days later, Wertheimer proposed Khaliah, and without any hesitation, she said YES following their wedding behindhand.

After a year of Khaliah and Spencer’s wedding, they welcomed their first child together, Jacob Wertheimer, in 1999. He is the only kid of the couple together.

Khaliah Ali’s son, Jacob, achieved his high school degree from Haverford High School, where he was a student-athlete of Track & Field. After that, he joined Harvard University as a law student.

Jacob Wertheimer is also with his mom, Khaliah as a local activist in the movement against racial injustice. He wants to use his learnings as a law student to enact significant change in his society.

One Among Nine Ali Siblings

The eldest half-sister of Khaliah is Maryum ‘May May’ Ali, whom her father Muhammad welcomed with his second wife, Belinda Boyd, in 1968. After that, the ex-couple gave birth to twins Rasheda Ali, and Jamillah Ali to the world in 1970. They also had a son Muhammad Ali Jr. before they divorced in 1976. Before that, Muhammad had a daughter, Miya Ali, born in 1972 with his extramarital affair with Patricia Harvell.

Furthermore, Khaliah has half-sister Hana Ali, whom Muhammad had with his third wife, Veronica Porche. Also, Veronica and Muhammad welcomed another daughter together, Laila Ali, in 1977. Before the sudden demise of Muhammad Ali in 2016, he adopted a son, Asaad Amin.

The stunning Khaliah Ali is available on the social media pages, which include Facebook, Twitter, and Instagram. Her online fans can view snapshots of her family, friends, and siblings there.

Among Khaliah’s social sites, she is more active in her Instagram, where she often posts photos with her closed ones. However, she is quiet in her Facebook and Twitter lately. We hope Khaliah will be operating them too so that we can get frequent updates of her life.